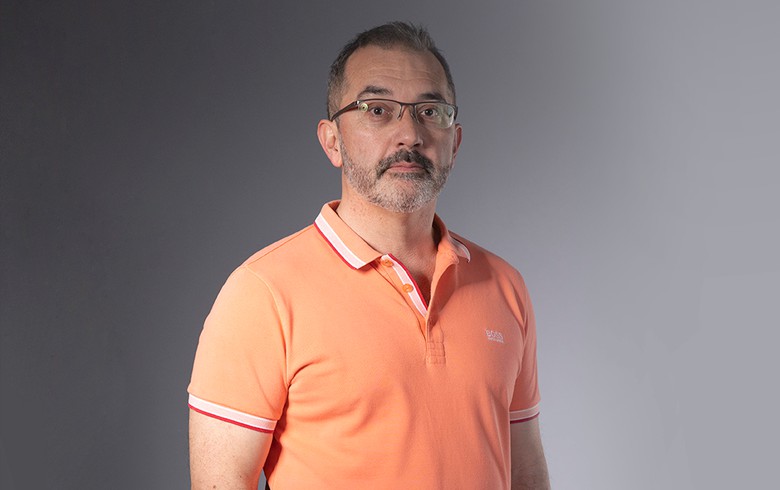 Ontotext is a software company with offices in Europe and USA. The company was first launched in 2000 as an R&D lab within Sirma group. Today, Ontotext is predominantly focused on software solutions based on proprietary semantic graph databases and text analysis pipelines. Those solutions bring data and content together in big knowledge graphs to allow better interpreting, analyzing and reuse in numerous verticals. Earlier in 2022, the company was acquired by a consortium led by investment firm Integral Venture Partners. The capital will help Ontotext accelerate its international expansion and go-to-market operations, focusing on the US market. This interview is with Atanas Kiryakov - founder and CEO of Ontotext.

Mr. Kiryakov, semantic technology has been increasingly on the rise in popularity in recent years. Have the sectors where it is most commonly used changed, or is the list still the same as it was four or five years ago?

A lot has changed. I will give you an example of enterprises from the life sciences and healthcare verticals. They have always been a strong user of this technology, although actual demand was different five years ago, based on the phase of the market. Those companies have always wanted to use this technology but only sometimes had the money to invest. So five years ago, significant demand came from pharma, life sciences and publishing media. The financial services sector was also interested but needed to implement projects faster and make real solutions.

The entire use case for graph technology and semantic technology for managing complex technical knowledge, whether it’s different car components or all sorts of devices in a big building, wasn’t around five years ago. The most important new sectors that weren’t there five years ago and are now becoming significant consumers of these technologies are manufacturing, aerospace, defense, infrastructure management and energy. Think of customers like NASA, the most prominent automotive vendors, and infrastructure management companies. One of our clients is Johnson Controls, which focuses on building automation. In fact, two of the biggest providers of building automation and building management systems use our technology to manage the configuration of all devices.

I also mentioned energy - there are very high standards across Europe on how everyone involved in the electricity market should publish information. Those standards cover all the way from nuclear power plants to small renewable energy sources. This is also applicable to national electricity grids and big industrial consumers. The final goal of this standardization is to make this market, which is becoming increasingly complex, much more transparent. So, we now have vast amounts of knowledge about the electricity network and all the electricity infrastructure of Europe as semantic data. We are seeing growing demand from electricity management companies, mainly the operators of the grids. They want to use semantic technology to better use information that is already available.

Your flagship product is GraphDB. Can you tell us more about what it does and some of its most common use cases?

Yes, this is our most popular product and I can share two use cases. I already spoke about managing the information about all the devices in a building, so I’ll give you another one. Think of a big retail bank. This bank is a real user, one of the biggest retail banks in the USA. It collects monitoring information from its most critical IT systems internally and then integrates it using GraphDB for better root-cause analysis. One practical example would be whenever there is a malfunction in one of the bank’s ATMs, GraphDB helps by reducing the time for root-cause analysis.

Apart from this application, GraphDB can also provide vulnerability analysis. Think of the same bank having information from the HR department about all the system operators and which people have access rights to which of these systems. What if any of these people get mentally ill and decide to act in a harmful manner? What would be the potential impact? GraphDB can analyze the impact of a single person.

For the pharmaceutical industry, we have a special pre- packed solution related to drug development. Researchers  have to identify proteins in the body that this new drug should target to achieve a specific purpose, let’s say to cure leukemia. Identifying such targets is a prolonged process because the number of hypotheses researchers have to check often goes in the thousands. We have this solution that is already implemented in some biotech and pharma companies, where we essentially integrate publicly available medical databases and information from medical research papers and publications on specific topics. The final goal is to make excellent suggestions on what could be the best set of candidate targets that the researchers should, at the end of the day, consider and decide on.

Do you have any new versions or features of the GraphDB in the pipeline and what business needs would they address?

We recently released a major version of GraphDB, where the most important thing is to make it much easier for engineers and IT people to start with it and develop their applications.

Historically, this technology was mostly used by the so- called early adopters – technically skilled, very advanced  engineers who could deal with the technology, even if some of the features were not so straightforward. This was okay in the early phases of adopting this technology when the total number of customers who used it for critical production purposes was not too big. However, now that this technology  is becoming mainstream, we must make it much more user- friendly and easier to maintain and support.