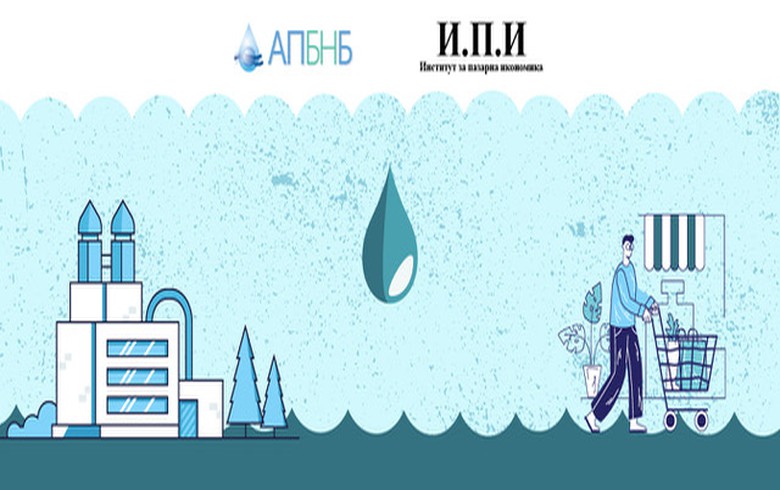 In addition, they are investing nearly BGN 411 million in local resources, according to a study prepared by the Institute for Market Economics for the Association of Soft Drinks Producers.

Sofia, May 30, 2022 - The enterprises producing soft drinks and bottled water create added value of over BGN 266 million per year. This represents nearly 46% of the value added in the production of all types of beverages, about 10% of the value added in the entire food industry, 1.6% of the processing industry and 0.3% of the gross value added in the national economy of Bulgaria. This is reported by the first study of its kind, presented today on the socio-economic impact of the non-alcoholic industry on the Bulgarian economy, prepared by the Institute for Market Economics, for the Association of Soft Drink Producers. The survey is to be updated regularly, with the aim of providing an up-to-date picture of the main indicators of the state and dynamics of the sector, as well as to analyse the overall impact of the companies on the related industries and the economy.

‘Enterprises in our industry provide nearly 4,700 jobs, which represents 5% of total employment in the food industry, 0.9% of employment in the manufacturing industry in the country as a whole and 0.2% of employees in the entire Bulgarian economy. But our contribution should not be considered only as preferred employers - for every BGN 10 spent on soft drinks by the end user, our industry generates revenue in companies engaged in trade, distribution and public catering, amounting to 3.49 BGN, costs for raw materials produced in Bulgaria for BGN 1.30, various local services from Bulgarian partners in the amount of BGN 0.79, disposable income of households working in the industry of BGN 0.42 and investments made by Bulgarian contractors for BGN 0.20. At the same time, Bulgarian companies generate profits of BGN 0.62, pay BGN 0.08 corporate tax, social security and income tax of BGN 0.22, and the realization of sales in commercial and tourist sites also contributes to VAT revenues in amount of BGN 1.27’, said Jana Velichkova, Executive Director, Association of Soft Drinks Producers.

‘The production of soft drinks has both direct effects on other economic activities in the Bulgarian economy - in the supply of local raw materials, various services, including transport, distribution, and marketing - and additional (indirect) effects, expressed in increased demand for goods and services along the value chain for each of the suppliers and partners. Thus, the impact is multiplied in related industries and ‘overflows’ to increased income and employment in many businesses’ added Lachezar Bogdanov, Chief Economist, Institute of Market Economics.

The study reports that the soft drinks and bottled water industry also invests in local resources totalling nearly BGN 411 million, including about BGN 205 million for raw materials from Bulgarian producers, various external services from Bulgarian partners for about BGN 125 million, as well as deliveries of equipment and construction activities related to the investment process for over BGN 30 million. The enterprises in the branch provide net income to the employees of nearly BGN 51 million, and at the same time pay income tax and social security contributions in the amount of over BGN 35 million and corporate taxes in the amount of about BGN 12 million. The indirect effect of paid corporate taxes and insurance tax on the income of employees, thanks to the additional economic activity in the value chain partners and suppliers, is estimated at BGN 106 million. This equates to 0.43% of the country's total tax revenues, or the annual alimony of over 75,000 high school students. At the same time, the consumption of soft drinks in the country generates an additional nearly BGN 200 million in value added tax, paid by end customers.

Sales of soft drinks and bottled water on the Bulgarian market directly generate nearly BGN 548 million in revenues from logistics, distribution, and sales. Along the value chain and related activities, this effect is multiplied by a secondary effect for suppliers and partners related to production of BGN 310 million and a secondary effect for suppliers and partners related to distribution and sales of BGN 320 million. The strongest effect on the value chain is observed in the sectors of production of processed and preserved fruits, syrups, semi-finished products, sugar, glucose syrups and sweeteners, plastic packaging, glass packaging, labels and other paper products, production and repair of specialized machinery and equipment, including transport services and other business services.

For the purposes of the study, the reported data from the industry for 2019 was used, when 187 enterprises with main activity "Production of soft drinks, mineral and other bottled waters" are operating in Bulgaria. There were 14 medium and large enterprises, which generated over 87% of total sales revenue in the sector and 91% of value added. According to data from the Association of Producers of Soft Drinks in Bulgaria, at that time 1757 million litres of beverages were produced in Bulgaria, and nearly 47% of them were bottled water. According to data from the public registers of the Ministry of Health and the Bulgarian Food Safety Agency, production was carried out in over 150 sites in the country. During the reporting period, enterprises producing soft drinks and bottled water generated sales revenues of over BGN 810 million. This represents almost 44% of the revenues of the companies producing any types of beverages, about 6.3% of the revenues of the producers of food and beverages in the country and 1.2% of the revenues of the processing industry in Bulgaria.