You have 3 free articles left this month. Get your free Basic subscription now and gain instant access to more.
Bulgaria Energy/Utilities Press Release 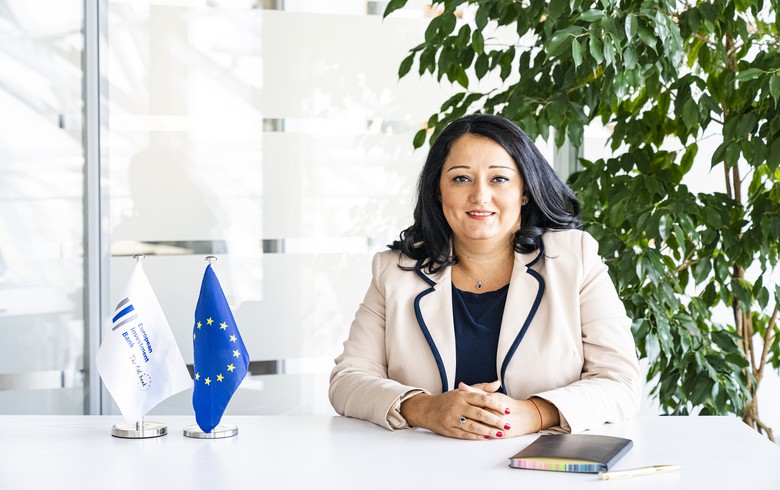 How is the EIB supporting Sustainable Transport in the context of the European Union Strategy?

The transport sector is undergoing a period of profound change as it deals with the twin challenges of decarbonisation and digitalisation. At the same time, a decade of underinvestment in basic infrastructure needs to be addressed.

As the EU Climate Bank, the EIB supports the clean and digital transformation of the transport sector in accordance with the goals of EU for carbon neutrality by 2050 and the European Green Deal. Between 2016 and 2020, the EIB signed finance contracts with a value of EUR 56.5 billion in support of transport, of which EUR 36.7 billion was for Climate Action. This represents a 65% of the total transport lending.

Our support will now intensify for cleaner, innovative and safer transport. The EIB’s new Climate Bank Roadmap, for example, already reflects our overall commitment towards climate protection and environmental sustainability for all sectors of its operations, including transport.

What are the priority areas for EIB investments in the Transport sector?

The EU Green Deal sets the ambitious objective of deploying 1 million public charging points across Europe by 2025. By end of 2019, the number of EV charging points in the EU was only 170,000. There is a huge investment challenge ahead and the Bank will continue to play a key role in developing the emerging EV charging sector in Europe, addressing the market, regulatory and technology risks while helping to crowd in more private investment. We already approved financing for almost 40.000 charging points, supporting companies such as Greenway in Central and Eastern Europe, Allego in the Netherlands and Endesa in Spain

At the same time, we will increase our support for R&amp;D investments to make the automotive sector more sustainable, including alternative fuels power train development as wells as circular economy investments. Moreover, we support the trans-European Transport Network. Strengthening this network is crucial for fostering economic growth, and competitiveness while bringing 500 million Europeans closer.

We will also continue investing in walking and cycling infrastructure as part of cities’ multiannual investments plans and multimodality components of public transport projects. These investments need to go hand in hand with road safety investments as non-motorised users such as pedestrians and cyclists are the most vulnerable road users. In addition, we are striving to address the challenges of ageing populations, migration and geographical disadvantages by making transport more inclusive and accessible.

How has the COVID-19 crisis affected the urban mobility sector?

I would like to acknowledge the efforts made by cities, public transport authorities and public transport operators in Bulgaria and whole Europe to rapidly react to the pandemic and put forward solutions in order to offer safe mobility solutions. Investing in pop-up bicycle lanes, providing basic transport for  essential workers, putting in place strict cleaning and disinfection protocols for public transport, using real-time data to provide information to public transport users about alternative less crowded route options are just a few examples.

However, transport is one of the sectors most severely affected by the pandemic and the long-term effects are unpredictable. Nevertheless, the COVID-19 disruption and the associated economic crisis is giving a unique opportunity to transform all sectors, in particular the transport one. The decline in road traffic has provided a unique opportunity to foster sustainable urban mobility and re-think the urban space in favour of more active modes of transport such as bikes or electric scooters.

Citizens turned to cycling and other forms of light, active mobility and surveys indicate that citizen’s environmental awareness has increased. This could lead to increased demand for cleaner and quieter transport in cities.

How do you support project preparation?

The Bank, for example, supports clients directly in their project preparation through the European Investment Advisory Hub or the Joint Assistance to Support Projects in European Regions, so called JASPERS. In addition, we provide a toolbox of financial instruments. This includes framework loans to cities, long term senior debt where needed, but also non-recourse financing structures and, since more recently, quasi-equity with the support the CEF Debt Instrument.

As some investments are quite granular, (think of vehicles and infrastructure for walking and cycling) the Bank also uses intermediated lending and other aggregation mechanisms to support projects. Through the Cleaner Transport Facility, the EIB and the European Commission have been supporting the rollout of cleaner public transport fleets and electric charging networks.

Are there any examples of EIB backed transport projects in Bulgaria or the CEE region?

Our financing and advisory services supported Sofia Metropolitan in expanding the metro network in Sofia. Thanks to our experts at JASPERS, two sections of Line 3 of received EU grants of approx. EUR 450 million. In addition, the EIB supported the Sofia Metro expansion with financing of around EUR 260 million. JASPERS assistance was also provided to the Municipality of Sofia to improve the tram network and IT system for public transport in the context of the Sofia Integrated Urban Transport Project. During the programming period 2014-2020, JASPERS supported direct investments in the transport infrastructure of Bulgaria of approx. EUR 2.2 billion, of which approx. EUR 1.6 billion have been co-financed by EU grants.

In addition, the European Investment Advisory Hub (EIAH) provides a single point of entry to a comprehensive package of advisory and technical assistance. For example, our advisory hub experts are helping the Ruse Public Transport Company on their decision-making related to trolley bus renewal and potentially longer term options such as alternative fuel buses. Another example is a study to identify potential investments in transport and mobility in the area of the Beloslav and Varna lakes.

In addition to charging infrastructure, and public transport fleet renewals, as in Sofia, Riga or Warsaw we also support cutting-edge technology companies like AMotive, a Hungarian company that develops artificial intelligence-based systems for self-driving cars. Or take Skeleton form Estonia. They develop novel high-capacity energy storage solutions that can be used in the transport sector. Rimac from Croatia has developed the world’s most powerful and fastest electric car, beating even Tesla. Their technology solutions and powerful electric powertrains have the potential to electrify heavy duty transport. As you can see, the range of our support is wide.

Priority for us is to support local and regional infrastructure and further develop our cooperation with the Bulgarian central and local authorities. We are negotiating with several municipalities potential financing for transport and other infrastructure projects – Sofia and Plovdiv. We will work to widen our support to the smaller municipalities as well.

What are the EIB priorities beyond transport in Bulgaria in 2021?

As the EU’s Climate Bank, in 2021 and beyond we will increase our financing of projects with a positive impact on Climate Action and Environmental Sustainability. The EIB Group will continue to support growth and employment in Bulgaria, particularly through co-financing of priority public infrastructure investments with the EU, accelerating the absorption of EU grants and supporting local and regional infrastructure. We will work to further develop our cooperation with the Bulgarian central and local authorities, particularly in the areas of regional cohesion, climate action, transport and urban development.

In this context, the Bank remains open to exploring opportunities to support Bulgaria's strategy for a just transition of coal mining regions and to decarbonise the economy with available instruments, including loans, financial instruments, advisory services.

We want to promote the productivity and competitiveness of SMEs in particular through financing of modernization of capital stock, expansion capital expenditure, R&D activities and energy efficiency measures, including under the European Guarantee Fund that the EIB Group, including the European Investment Fund, set up to tackle the economic consequences of the COVID-19 pandemic. We will increase the use of financial Instruments in Bulgaria in priority areas such as SMEs, Environment, services under the new EU budget 2021-2027. In addition, we will further widen EIB Advisory Services for Bulgaria, through the European Investment Advisory Hub and with continuing support from JASPERS.

We are ready to provide support for the implementation of the new instruments and funds for the new programming period, including the MFF, InvestEU and the Just Transition Mechanism. Together with the government and local authorities, we will identify priority areas and projects, as well as to co-finance priority investments in public infrastructure (road, rail, environmental) together with the EU - both for the completion of projects from the programming period 2014-2020 and for new ones in 2021-2027.

We will also continue to promote the use of the European Guarantee Fund to address the economic consequences of the COVID-19 pandemic. Bulgaria is one of the most active states and already has a significant number of submitted projects, which I hope will be approved soon. The first one has already been approved and its implementation is forthcoming.