You have 3 free articles left this month. Get your free Basic subscription now and gain instant access to more.
Bulgaria Press Release 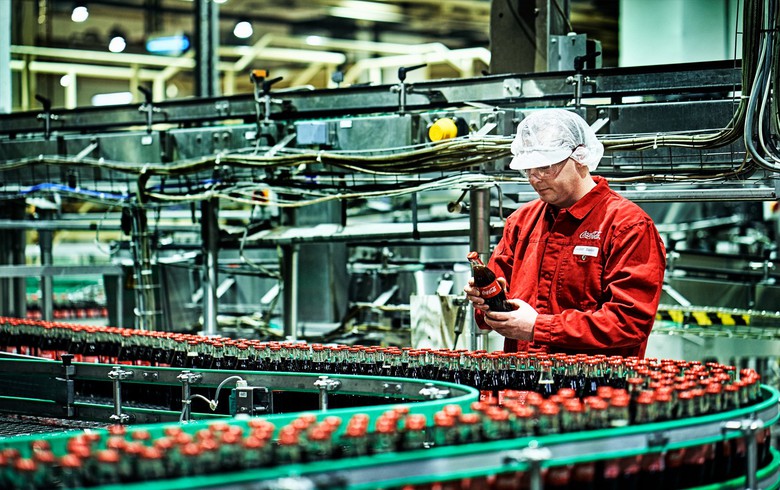 Coca-Cola HBC Bulgaria strengthens for another year its commitment and efforts to meet its ambitious goals for sustainable development and environmental protection. Thanks to making the bottles of its products lighter, the company has managed to save 1 158.85 tons of plastic for the past year, which is equal to more than 58 million bottles of Coca-Cola 0.500 ml. All saved materials have helped significantly to prevent 2 537.89 tons of carbon emissions from being released into the atmosphere. The company's achievements and results don't stop there. Over the past year, Coca-Cola HBC Bulgaria managed to report great progress and proved that its vision of a “World Without Waste” is completely possible. 100% of the packaging of all Coca-Cola products is now recyclable, while at the same time the company reports a reduction of direct carbon emissions by 30% and saved a total of over 90 483 tons of emissions from its overall operations in the country for the last two years.

For 2021, Coca-Cola HBC Bulgaria also reported a significant emissions reduction in scopes 1 and 2 compared to 2017 – by 56%, which equates to 8 370 tons less emissions, while at the same time the company managed to produce 1.74 million liters more drinks in 2021 compared to 2017. Coca-Cola HBC Bulgaria also focuses much of its efforts towards a sustainable reduction of carbon emissions, regardless of the volume of drinks produced. As a result, for 2021 a constantly rising percentage ratio of electricity from renewable sources is observed, which equals 72.2% of the total amount of energy used in the company's two production centers – in Kostinbrod and Bankya.

The achieved results are part of the long-term efforts of Coca-Cola HBC Bulgaria to protect the environment, reduce carbon emissions, and limit its footprint on nature, through numerous innovations. Since 2010, the company has started making carbonated drinks and mineral water bottles lighter. This lightening helps both to reduce emissions and to use less raw material for the bottles themselves. By 2021, it manages to achieve 21% reduction in 0.500 ml drinks, 15% for 1.0 l, 9% for 1.25 l, 38% for 1.5 l and 9% for 2.0 l.

Other record reductions for the company for the past year include reduced water consumption at the Kostinbrod and Bankya plants – by 16%, with the company now also being a member of the Alliance for Water Stewardship (AWS), and that for the past year, Coca-Cola HBC Bulgaria has managed to collect the equivalent of 65% of its packaging placed on the market. For 2020 and 2021, the company achieves savings through prevented losses of 646 488 m3 of water, 110 352 MWh of energy and 56.39 tons of carbon emissions.

Coca-Cola HBC Bulgaria strictly follows its set goals and achieves success in numerous areas, as further proof of this is the presented achievements, part of its Sustainability Report for 2020-2021. The report was presented earlier this year and showed that the Group, whose economic contribution is equal to 0.5% of the country's GDP for 2021, has managed to fulfill in advance a significant part of its long-term goals in the field of sustainable development. The presented data also revealed that the economic impact of the Coca-Cola System in Bulgaria is expressed in an added value of BGN 640 million, and it generates 1% of the tax revenues in the country. Among the highlights of the report is the fact that the company invested BGN 194 000 in society and BGN 12 million in infrastructure projects in Kostinbrod and Bankya. More information about the company's achievements and access to the full text of the Sustainability Report of the Coca-Cola System in Bulgaria for 2020-2021 can be found here: https://bg.coca-colahellenic.com/en/a-more-sustainable-future/sustainability-performance-and-reports/Coca-Cola-Bulgaria-Sustainability-Report-2020-2021.