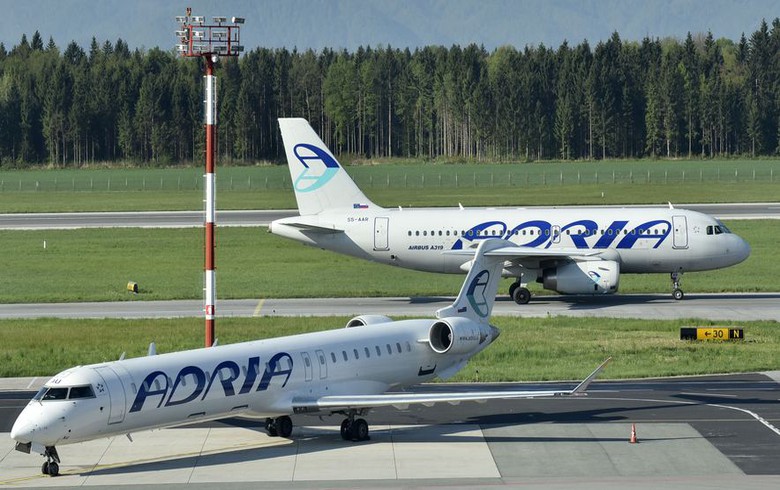 Last year's loss occurred mainly as a result of higher fuel prices, whose negative impact totalled 7.7 million euro, as well as due to 5.5 million euro in additional costs for renting an airplane with its crew, Adria Airways said in its 2018 financial statement published on Wednesday.

The negative EBITDA (earnings before interest, taxes, depreciation and amortization) widened to 11.9 million euro in 2018 from 144,500 euro a year earlier.

In 2018, Adria Airway's fleet comprised 19 airplanes, all of them operated under lease.

Earlier this month, the commercial court in the city of Kranj launched bankruptcy proceedings against the airline, acting on a motion filed by its management.

Adria Airways suspended its flights in the last week of September over lack of funds to run its daily operations, with the government in Ljubljana refusing to provide any financial aida as the the company's financial gap was bigger than expected. The government also said it had no intention to bail out the company under the current management of German-owned fund 4K Invest.

4K Invest, via its wholly-owned subsidiary AA International Aviation Holding GmbH, bought the airline in 2016 from Slovenian sovereign holding company SDH, which is coordinating the privatisation process in the country.