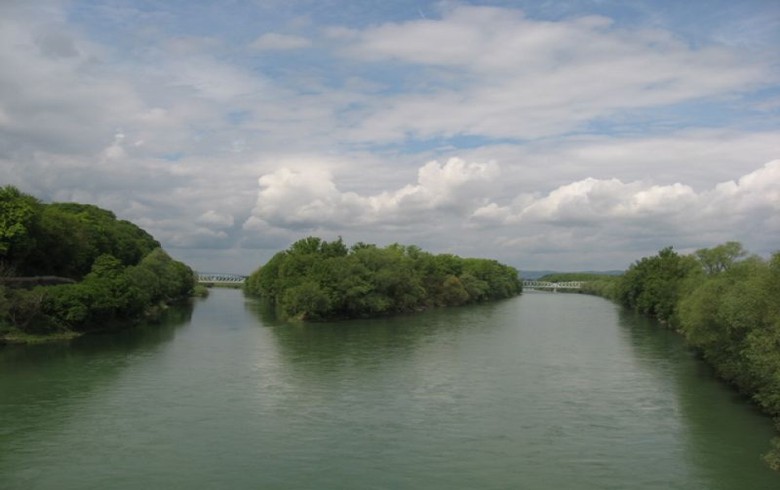 Confluence of Krka and Sava rivers, where Mokrice would be constructed. Source: DPRS; Photo: Meho Tokic;

LJUBLJANA (Slovenia), February 16 (SeeNews) - Slovenia's Administrative Court suspended a procedure for the issuance of a building permit for the construction of the 28 MW Mokrice hydropower plant (HPP), the Slovenian Fish Research Association (DPRS) said on Tuesday.

The Administrative Court suspended the procedure on the basis of a lawsuit launched by DPRS against a government decision adopted on January 27 to issue a building permit for the project, the association said in a statement.

"The court upheld DPRS's arguments, pointing out the irreparable damage that the construction of HPP Mokrice would cause to protected nature, especially certain protected animal species and habitats in Natura 2000 special protection areas," the association said.

Mokrice, to be built by Hidroelektrane na Spodnji Savi (HESS), will be the fifth and last hydropower plant in the Lower Sava cascade located just before Slovenia's border with Croatia. The cascade will have an installed capacity of 187 MW.