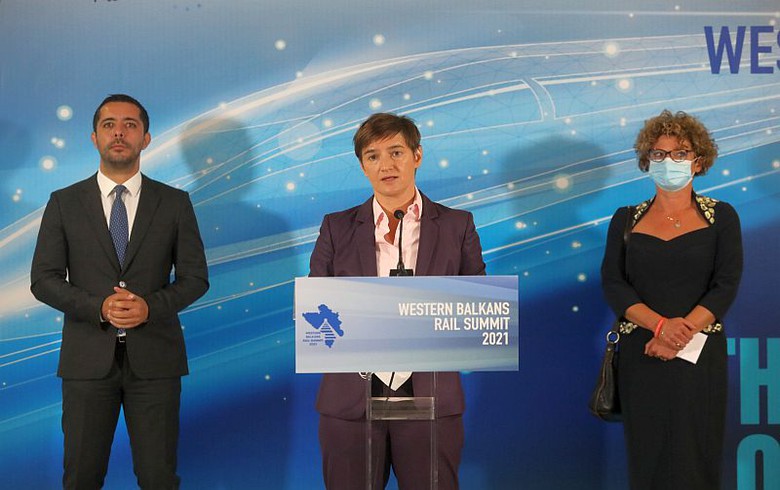 The country is actively working on the project documentation for the Belgrade-Nis high-speed railway, which will be largely financed through EU grants, and is also preparing the modernisation of Nis-Dimitrovgrad and Subotica-Szeged rail lines, Brnabic said in a press release on Monday.

The railway lines linking Pancevo to the Romanian border via Vrsac and Valjevo to Vrbnica will also be modernised, Brnabic said at the First Western Balkans Rail Summit, held in Belgrade and organised by the European Investment Bank (EIB) and the European Bank for Reconstruction and Development (EBRD).

Serbia has made a great progress in harmonising its laws with the EU rules in the railway sector, Brnabic noted.

The First Western Balkans Rail Summit was organised under the auspices of the Serbian infrastructure ministry to coincide with the arrival to Serbia of the Connecting Europe Express train that will cross 26 countries in Europe as part of the European Year of Rail.