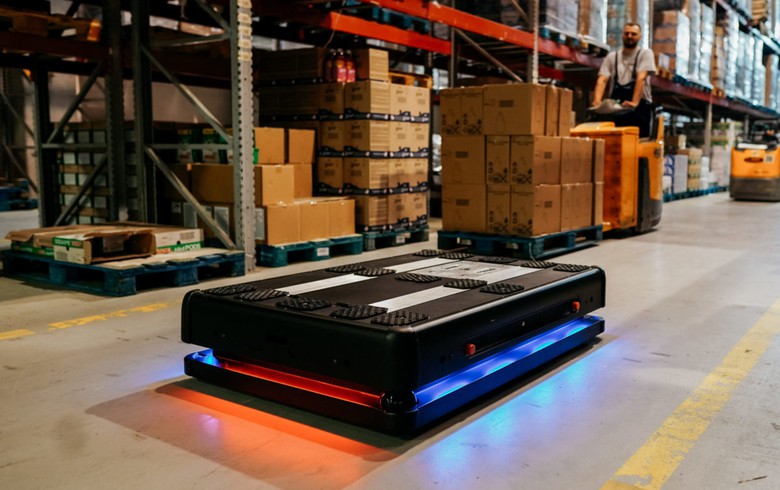 Orbico Croatia has deployed two of Gideon Brothers' robots, as they are testing their on-demand use-cases, such as transporting goods from one point to another, the robotics company said in a press release.

The use-cases are launched by the employees, as it allows them to test the robots' coordination with forklifts, the interaction between humans and the robots as well as their support and training processes.

"Gideon Brothers’ technology is offering great benefits for us at an acceptable price, and this is why we have chosen to launch the pilot project with them", explained Branko Roglic, Orbico’s founder and supervisory board chairman.

"Moving the goods from point A to point B is one of the key challenges in warehouse operations – due to the distances involved, this takes up a significant part of the total working hours. This is where we expect key benefits from Gideon Brothers’ robots", Marin Luketic, head of logistics at Orbico Croatia said.

The fully autonomous robots have a pallet-carrier load and lift capacity of 800 kilograms. Their Advanced Visual Perception-based technology offers  localisation capabilities and unparalleled navigation, as it allows a significantly wider range of use-case scenarios.

Another important feature is its hot-swappable battery system, which allows batteries to be swapped during operation, bringing downtime to a minimum.

Orbico is an international company that distributes over 500 brand products from more than 170 suppliers. They have a network of 80,000 customers in 20 markets. The group's annual revenue is expected to reach 2.3 billion euro ($2.5 billion) in 2019.