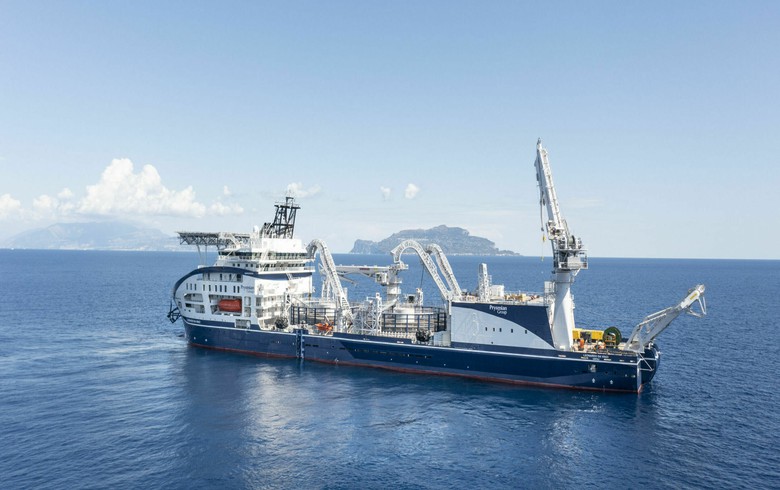 BUCHAREST (Romania), November 23 (SeeNews) - Norwegian shipbuilder Vard Holdings said that it will build the hull of a cable laying vessel for Italian group Prysmian at its shipyard in Tulcea, in eastern Romania.

The final outfitting, commissioning and delivery of the vessel will be carried out by one of Vard’s shipyards in Norway, the company said in a press release on Tuesday.

The delivery of the new vessel from Norway is scheduled in the first quarter of 2025.

The total investment is estimated at 200 million euro ($206 million) plus adjustment for cables equipment of approximately 40 million euro, Prysmian said in a separate press release on Tuesday.

The cable layer will have a length of approximately 170 m and a beam of about 34 meters, Vard said. It will be very similar to the Leonardo da Vinci, which was delivered from Vard to Prysmian in 2021. The hull of this ship was also built in Vard Tulcea shipyard which employs 3,369.

Vard has built the hulls of eight vessels at the shipyard in Tulcea so far, for clients such as Swiss-based Viking Cruises, French cruise ship operator Ponant and Canadian energy infrastructure company Topaz Energy, according to its website. At its other shipyard in Romania located in the eastern city of Braila, where it employs over 1,685, Vard has built the hulls of 15 vessels so far.

Vard is one of the major global designers and builders of specialised vessels. Headquartered in Norway and with approximately 8,000 employees, it operates seven strategically located shipbuilding facilities, including three in Norway, two in Romania, one in Brazil and one in Vietnam.

Milan-headquartered Prysmian is specialised in the production of electrical cables for use in the energy and telecom sectors as well as optical fibres.