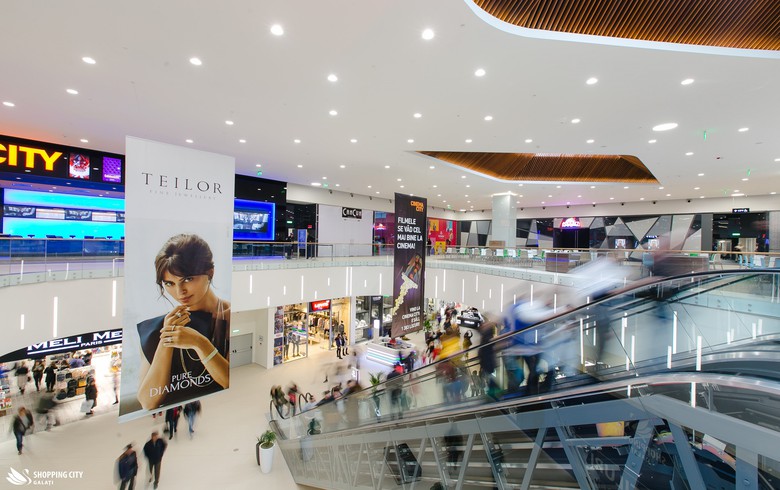 The expansion works began in March and added 21,000 sq m to the already existing 27,000 sq m of commercial area in the mall, NEPI Rockcastle said in a press release.

"Investments in recent years reaffirm the strong commitment of NEPI Rockcastle to the development of the retail market in Romania and at the same time to our customers," NEPI Rockcastle asset manager Sebastian Mahu said.

The expansion of Shopping City Galati will continue in the coming period, the company said.

Earlier in November, NEPI Rockcastle said it will open a 40 million euro shopping mall in the southern city of Ramnicu Valcea on December 7.

Besides international tenants, the shopping centre will also host local brands. Also, starting 2018, the mall will accommodate the largest and most modern cinema multiplex in the region - Cinema City - equipped with six movie theatres.

Besides the Ramnicu Valcea mall, the company has announced a 90 million euro total investment in two shopping malls in Romania's Targu Mures and Satu Mare this year.