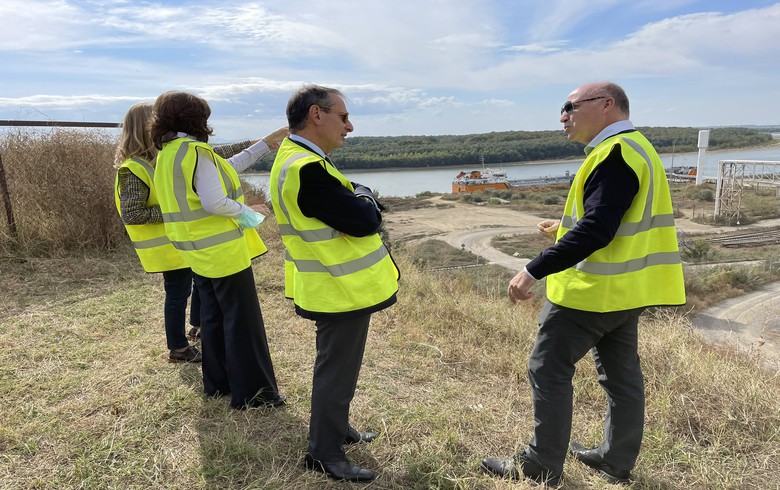 CHISINAU (Moldova), October 5 (SeeNews) - The European Bank for Reconstruction and Development (EBRD) said that Moldova's Giurgiulesti International Free Port operator Danube Logistics, which it fully owns since May, will start building a new berth next year.

When ongoing projects are completed in 2022, a total of 100 million euro ($116 million) would have been invested in the port since 2005, the EBRD said in a press release on Monday.

"After a challenging Covid-19 pandemic year which also saw poor harvests, we expect to increase transshipment volumes to more than 1 million tonnes in 2021 from 934,000 tonnes in 2020. In addition, in 2022 we plan to start building a new berth, allowing for transshipment of dry bulk cargo and general cargo in order to expand capacity," Danube Logistics general director Mathias von Tucher said during a visit to the port by Matteo Patrone, Managing Director for Eastern Europe and the Caucasus at the EBRD.

Giurgiuleşti International Free Port hosts 48 resident companies, employs 517 people and serves trade with more than 50 countries. It serves the export of grain and vegetable oil, as well as the import of fuel, construction materials and general cargo.

"The EBRD has been supporting the construction and operation of the Giurgiuleşti port since 1995. We are actively working to promote the continuation of the successful operation and development of this key infrastructure asset and will seek to attract international investors to further support and develop the port," Patrone said during the visit, according to the press release.

Patrone is visiting Moldova for meetings with the new government led by Natalia Gavrilita and with private-sector companies representatives.

The EBRD acquired 100% of the shares of Danube Logistics on May 7.