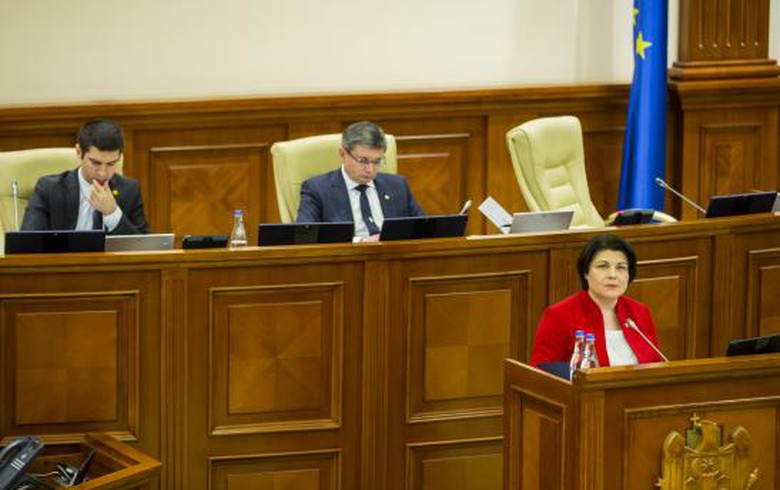 CHISINAU (Moldova), October 7 (SeeNews) - Moldova's parliament said it is extending by 60 days as of October 7 the state of emergency enforced in February following the Russian invasion of Ukraine.

The state-of-emergency resolution was approved by 53 lawmakers present for the vote in the 101-seat parliament, according to figures published on the parliament's website on Thursday.

"Unfortunately, today we cannot end the state of emergency and return to the life before February 24. This exceptional situation, one that neither Moldova, nor Europe, nor the world have known for decades, continues, with major losses, starting with lost or destroyed lives", prime minister Natalia Gavrilita said ahead of the vote, as quoted in a government press release on Thursday.

"There are elements that oblige us to have the necessary tools at our disposal to react quickly and efficiently to protect national security, the lives of our citizens and of people who have taken refuge from hostilities."

For almost a year now, the government has been forced to act in an unprecedented context, managing risks related to energy supply and the crises generated or amplified by the war in Ukraine, the prime minister added.

In order to reduce the economic consequences of the war, the government limited VAT for basic foods, facilitated the export of perishable agricultural products and eased access of domestic producers to markets and fairs. Also, in order to manage the flow of refugees, conditions for entering Moldova were simplified, ensuring that Ukrainians could continue their studies, find work and get proper medical care.

"I emphasize that all these measures would not have been possible without the constitutional instrument of the state of emergency, which we have used, as the citizens of this country have seen, with moderation and in good faith," the prime minister noted.

Moldova has been in a state of emergency since Russia began its war against Ukraine on February 24.

Some 22,304 Ukrainian citizens have crossed the border into Moldova in the past 24 hours, by air and road, data from the Moldovan Border Police showed.

Moldova has welcomed 580,000 refugees from neighbouring Ukraine since February 24, according to data from Moldova's Single Crisis Management Center. Many have moved on but some 89,000 have stayed in the country of 2.7 million people.

On Tuesday, Russia's Gazprom threatened to cut off natural gas supplies to Moldova starting October 20 if the country's utility Moldovagaz does not pay its debts.

Gazprom also said that because Ukrainian oil and gas company Naftogaz refuses to provide it with a gas transportation service in full, it can only supply 5.7 million cu m of gas per day to Moldova this month.