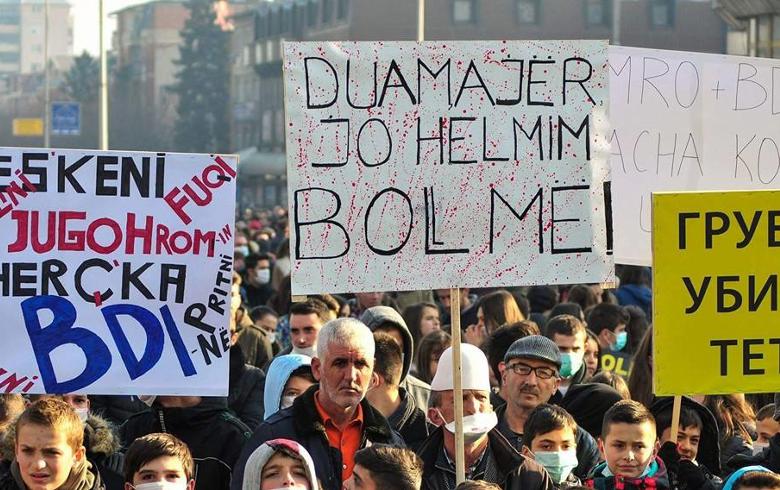 The State Environmental Inspectorate decided on Tuesday that Jugohrom should shut down its furnaces, not having installed filtration system in the provided time frames, Meta news agency said.

By midnight on Wednesday all furnaces will be shut down, Meta quoted Jugohrom's director, Vasko Skenderovski, as saying.

"We have to respect the decision of the State Environmental Inspectorate. However, it should be confirmed by the government. As we have not received any letter from it [the government], we will respect the inspectorate's decision", Skenderovski said, according to Meta.

Skenderovski added that the construction of the de-dusting system, whose foundations have already been laid, will continue.

"I have to say that the filtration station would have been built, but we waited a lot for getting a building permit", Skenderovski said.

According to Macedonian ecological NGO Eco Guerilla, at least eight more months are needed for the installation of the filtration system.

Two years ago, the government extended the deadline for the filters to be installed until October 31, 2016. After massive protests against air pollution in Skopje and Tetovo, Jugohrom suspended production for two months last winter. The plant is located in Jegunovce village, around 10 km from Tetovo.

The concentration of particulate matters in the area around the plant is eight times higher than the limits permitted under World Health Organization (WHO) standards, and more than ten times in winter, causing respiratory infections, heart disease, stroke, cancer and death, according to Environmental Justice Atlas, a project that documents social conflicts around environmental issues.