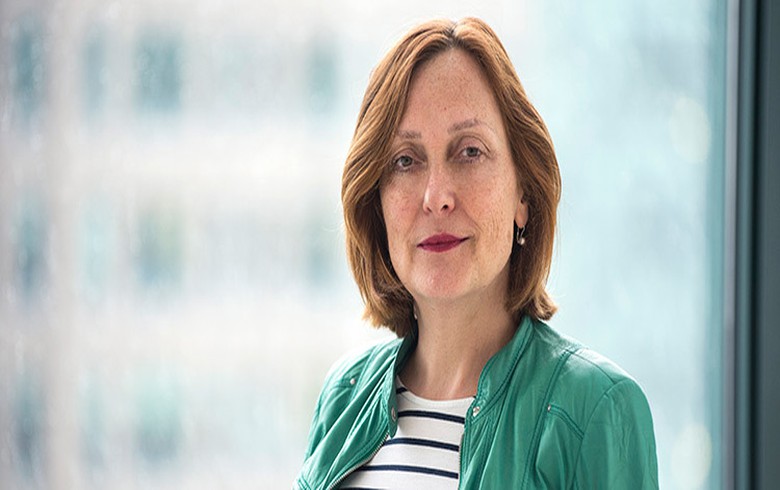 BELGRADE (Serbia), September 11 (SeeNews) - The European Bank for Reconstruction and Development (EBRD) plans to increase financing for large-scale solar and wind projects in the Western Balkans in the next five years, as it sees strong potential in the sector, a senior EBRD official told SeeNews.

"We see a strong potential coming from wind and solar resources pretty much in all the Western Balkans countries and although it's difficult to estimate the amount of EBRD financing for the next five years, we can certainly expect a considerable rise in EBRD financing volumes for large scale solar and wind projects," Zsuzsanna Hargitai, EBRD regional head for Western Balkans, told SeeNews in a recent interview.

In December, the EBRD made an urgent call to the Western Balkan countries to proceed immediately to drastically reduce the production and use of lignite coal by investing in renewables. Bosnia and Herzegovina, North Macedonia, Kosovo, Montenegro and Serbia still rely on large penetrations of lignite coal generation capacity, basing 65% to 75% of their net generation on the dirty fuel. The EU average, in comparison, is said to be around 10%. This means that when adjusted for the size of the economy, the countries have three times the carbon output of that of the rest of Europe.

"Our approach is two-folded: on one side the EBRD provides financing for renewable energy and energy efficiency projects (30% of EBRD financing in the Western Balkans region since 2006 were dedicated to green economy), and on the other side we support governments to develop a regulatory framework which will stimulate development of green economy," Hargitai said.

The EBRD is managing the Regional Energy Efficiency Programme (REEP), launched in 2009 to provide technical assistance, policy dialogue, incentives and financing to transform and promote energy efficiency investments in the region, Hargitai said.

"Since 2013, REEP has supported 38 policy assignments transposing energy efficiency directives in the Western Balkans context with the aim to enable energy efficiency investments. Under REEP alone the EBRD financed 88.6 million euro directly and via local financial institutions, reducing 112,197 tonnes of CO2 per year."

In July, Israel's Enlight Renewable Energy said it started operating the 105 MW Kovacica wind farm in Serbia, the Balkan country's largest. The  EBRD provided 48.8 million euro financing to Enlight Renewable Energy, covering part of the 189 million euro investment in the project. The  EBRD has also co-financed the Cibuk wind farm in Serbia. The loan-based financing for the construction of the 300 million euro Cibuk wind farm was arranged by the EBRD and the International Finance Corporation (IFC).

"It is estimated that the two wind farms combined will produce electricity for close to 180,000 households, while reducing CO2 emissions by more than 600,000 tonnes annually," Hargitai said.

"The project at Kitka in Kosovo has also already begun operations, having been developed by the Turkish energy group Guris. It will raise annual national electricity generation by more than 1.4 per cent and reduce emissions by 81,000 tons of CO2 a year. Another interesting project is the investment to transform an ex-coal mine as North Macedonia’s first large solar power plant (10 MW)," Hargitai said.

The EBRD is lending to ESM, North Macedonia’s state-owned electricity company, to build the solar power plant on the site of an exhausted lignite coal mine. Once operational, it will produce nearly 15 GWh of electricity and displace 12,177 tonnes of CO2 per year. It will also support ESM’s efforts to rehabilitate the 26-hectare mine site that used to supply the TPP with coal.

The bank is also promoting the use of renewable energy for district heating and cooling systems under the Renewable District Energy programme in the Western Balkans supported by the Austrian government, Hargitai said.

"Our team is currently developing projects in the area of solar thermal and geothermal technologies and heat pumps in cooperation with several cities in the Western Balkans. For example, Pancevo, Bor, Novi Sad and Pristina are already in the process of developing feasibility studies for solar thermal. This technology does not exist yet in the region and would be something innovative."

The EBRD launched its Green Cities initiative aimed at stimulating cities in the region to address the most pressing environmental challenges through the development of strategic documents and support for the implementation of priority investments. Launched in 2016, with just 250 million euro of funding that was expected to last five years, EBRD Green Cities proved so popular that it was replenished within just two years from the start. In October 2018, the EBRD approved a further 700 million euro of funding to cities with strong needs and strong commitment to improve environmental performance.

Tirana was one of the first cities to join the initiative. In 2018 the Albanian capital adopted an action plan aimed at increasing non-motorised mobility options to improve air quality, increase the area of green spaces and improve treatment of wastewater, as well as to increase energy efficiency in buildings and infrastructure. The first investment under the action plan aimed at upgrading the city’s water supply system is already under implementation and further investments are under discussion, Hargitai noted.

"Belgrade is currently also developing an action plan expected to be finalised in the first half of 2020. Other cities in the region members of this green family are Sarajevo, Banja Luka, Skopje, Zenica, Pristina, Podgorica and Novi Sad as the newest member of the Green Cities family," Hargitai said.

A project for the reconstruction of the landfill in Vinca, Belgrade, and the construction of a waste-to-energy facility is expected to be launched at the end of September. The project mobilises highly experienced private sector investors under PPP and provides state-of-the-art technology, helping improve waste management in the Serbian capital and support pollution prevention, while also scaling up production and use of alternative sources of energy, Hargitai explained.

"Our next focus will be to work closely with the City of Belgrade and the State in development of effective waste recycling and sorting systems in line with the National Waste Strategy and EU Directive objectives."

The Western Balkans' energy markets are largely dominated by incumbent utilities, with regulated generation and supply segments with a relatively slow path to the opening of electricity markets to competition.

"In this context, aging infrastructure is posing a challenge to renewable energy integration, as the old and inefficient electricity transmission and distribution network requires massive investment in order to make it able to absorb variable energy from renewable power plants," Hargitai said.

Investors in renewable energy projects and associated transmission and distribution projects also face various administrative and institutional barriers and bottlenecks, extending the time and the costs of renewable projects in a mostly electricity price-subsidised environment. Some of the most frequently encountered barriers are regulatory instability and discontinuity caused by political instability, frequent and uncoordinated revisions to policy and tariffs, with retroactive application of fees, the EBRD regional head for Western Balkans said.

Another hindrance is the lack of a competitive, integrated energy market with regulated third-party access to the grid, and open, non-discriminatory competition based on transparent principles and conditions to attract independent investors, she noted.

"The above issues have led to reduced investor confidence which the EBRD along other relevant IFIs is trying currently to mitigate in order to create a more investmentfriendly sector for renewable energy sector projects."

An auction system would incentivise private investments in renewables after having determined an optimal price mechanism. The mechanism will allow control over volumes, location and technology while guaranteeing a competitive price determined transparently and objectively. The EBRD has developed together with ECoS and IRENA a set of general policy guidelines on introduction of renewable energy auctions in the Energy Community, Hargitai said.

"The bank is well prepared to increase its level of commitment and engagement in the region since in addition to its specialized sector team in London, it has a strong local presence as well, consisting of a team of dedicated bankers in each country office coordinated by a senior banker based in the EBRD office in Skopje," she said.