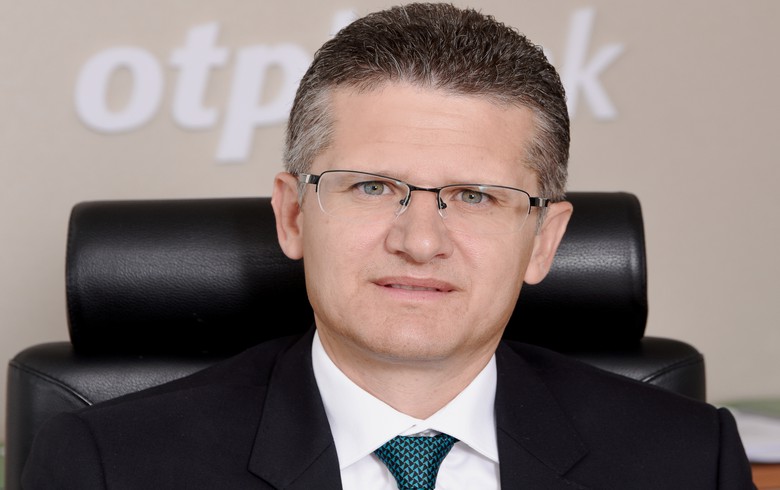 TIRANA (Albania), September 24 (SeeNews) – Hungarian banking group OTP will aim to increase its market share in Albania through both organic growth and acquisitions and is considering entering the market of neighbouring Kosovo through its Albanian unit, the CEO of Banka OTP Albania, Bledar Shella, told SeeNews.

Many of Banka OTP Albania’s partners such as large corporates are also active in Kosovo, which has a great potential, Shella said in an e-mailed interview with SeeNews last week.

"We are committedly looking towards the opportunity to enter the Kosovo market by opening a branch of Banka OTP Albania there," Shella said, adding that with this entry OTP group will be present in almost every country of Central and Eastern Europe.

In April, OTP group closed financially the acquisition of 100% interest in the Albanian subsidiary of French banking group Societe Generale, which was the fifth largest bank in the country with a market share of nearly 6% at the end of September last year, according to data by the Albanian Association of Banks (AAB).

Shella also said that OTP group aims to increase its market share in Albania to gradually become the largest bank in the country's market.

“We would like to do this primarily through organic growth, but if we find a suitable acquisition target, i.e. a good bank that can be acquired, then the group will carefully examine and take into consideration the acquisition option,” the CEO explained.

“Banka OTP Albania will very soon open new branches, it is at the same time increasing the number of ATMs with improved and additional features and shall seriously invest in digitalisation,” he added.

Shella also said that Banka OTP Albania’s share of the country's credit market stands at around 10%, of which the mortgage market represents more than 12%.

Since last years’ consolidation in the banking system of Albania, competition has increased and is expected to intensify further.

“The consolidation process that happened recently is very positive for the Albanian banking system. The number of banks was high for a country with the size of Albania and I estimate that there is still room for consolidation,” Shella opined, adding that increased competition, lower margins and significant investment needed for digitalisation require banks to achieve a certain size in order to be profitable.

The CEO went on to say that the further consolidation of the market would make it possible for banks to gain the proper size in order to be more efficient, to implement the required investment and to invest more in employees. "Increased competition will also enable banks to offer better products, prices and services to clients.”

There are good companies and projects in every sector of Albania's economy, Shella said, adding that the bank will support all sectors of the economy and clients of all sizes with special focus on tourism and agriculture because of the growth potential of these sectors.

The bank will also have as one of its main priorities support for the development of medium-sized companies. "We consider that the medium-sized companies are not supported enough by Albania's banking system and their size and contribution to the economy are lower than in neighboring countries," said Shella.

In May, the European Bank for Reconstruction and Development (EBRD) signed two agreements with Banka OTP Albania worth a total of 60 million euro ($66.3 million) designed to support small and medium-sized enterprises (SMEs). The agreements cover a 10 million euro trade finance facility and a 50 million euro risk-sharing framework.

Recently, OTP has expanded rapidly in Southeast Europe by acquiring local units of Societe Generale in Moldova, Montenegro and Bulgaria.