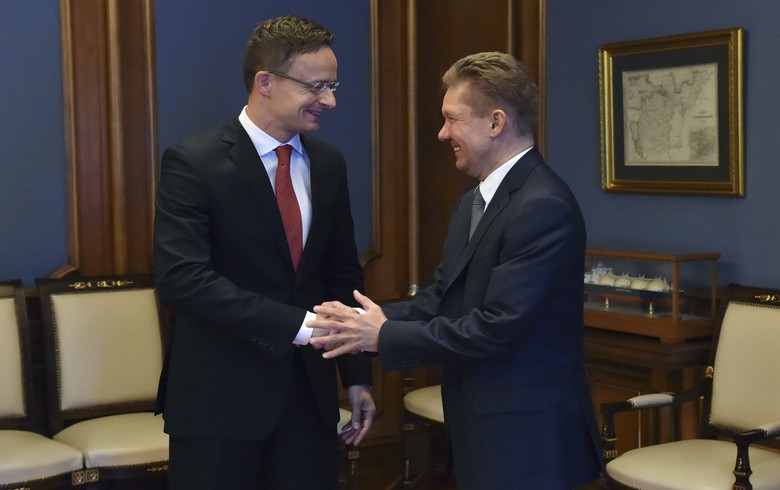 BELGRADE (Serbia), July 6 (SeeNews) - Hungary's foreign minister Peter Szijarto has said the country expects a gas pipeline allowing imports of Russian natural gas through Serbia to be built by the end of 2019.

The new route to Hungary could be established by the end of 2019 to carry up to 8 billion cubic metres of natural gas to the country if required, Szijarto said in a statement to Hungarian news agency MTI, posted on the website of the Hungarian government on Wednesday.

"Romania has still not enabled the two-way flow of gas and the Croatian liquid natural gas (LNG) terminal is not yet under construction, meaning the issue of energy security is still a major challenge for Central Europe," Szijarto said.

In a separate statement on Wednesday, Russia's Gazprom Export said it signed a memorandum of understanding with Hungarian Gas Trade Ltd that reflects the intent of the parties to continue long-term cooperation with regard to Russian gas supplies to Hungary.

"This will significantly improve Hungary’s energy security, meaning it is in our national security interests for the new pipeline to be realised. In addition, this is also a major economic opportunity for Hungary, because despite all kinds of communications hypocrisy, European demand for Russian gas is increasing dramatically", Szijarto said in his statement to MTI.

It will be a huge economic opportunity for Hungary if Russian natural gas also reaches Europe via Hungary, in addition to which Hungarian gas reservoirs will also be working at optimal capacity once the link is built, Szijarto added.

Last month, Gazprom said it signed a roadmap agreement with Serbia's energy minister for the expansion of the country's gas transmission system.

Serbian president Aleksandar Vucic has said his country could reap a revenue of up to 150 million euro ($171 million euro) per year from transit fees if Bulgaria builds the gas hub Balkan near the Black Sea port of Varna, Russian media reported on Sunday.

Gas can be fed into the hub from Russia, from Bulgaria's potential gas deposits in the Black Sea or, via interconnectors with Greece and Turkey, from the Caspian region or the Eastern Mediterranean, or from the Greek and Turkish LNG terminals. The gas hub could also be supplied via an interconnector with Romania, which is estimated to have significant gas deposits in the Black Sea shelf.