Hungary hopes Belgrade-Budapest rail project to be completed in 2023 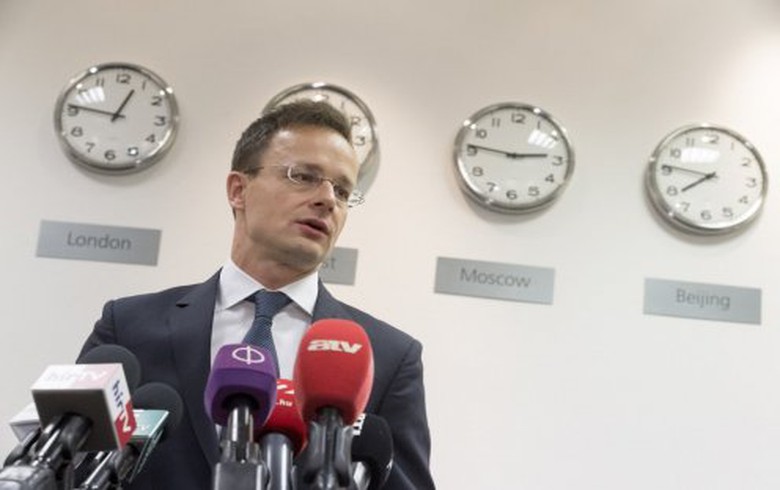 BELGRADE (Serbia), June 11 (SeeNews) - The project for the overhaul of the railway line linking Budapest with Serbia's capital Belgrade is expected to be completed by the end of 2023, Hungary's foreign minister Peter Szijjarto said.

Hungary plans to award a contract for the project by late November, or at the very latest by the end of this year, Szijjarto said in a statement on Friday.

Two Hungarian-Chinese joint ventures placed valid bids for the project and should submit technical bids by the end of July, after which technical negotiations will be held in September, Szijjarto said during an official visit to China where he attended the seventh session of the Hungarian-Serbian-Chinese intergovernmental working group on infrastructure cooperation, according to the statement.

"The Budapest-Belgrade high-speed railway line must be completed by the end of 2023 at the latest," Szijjarto said.

The budget for the project on Hungarian territory stands at 1.65 billion euro ($1.95 billion) plus a 10% reserve and the government is holding talks on taking out a loan from China’s Export-Import Bank for the project, he added.

Hungary's state-run railway operator MAV said in November it opened a tender for the overhaul of the railway line. The project envisages the upgrade of the railway connecting Soroksar, on the outskirts of Budapest, to Kelebia, on the border with Serbia, to a design speed of 200 km/h, under the specifications of the Trans-European Transport Networks (TEN-T), MAV said at the time.

China, Serbia and Hungary signed a memorandum of understanding for the reconstruction of the 370-km Belgrade-Budapest railway line in December 2014.