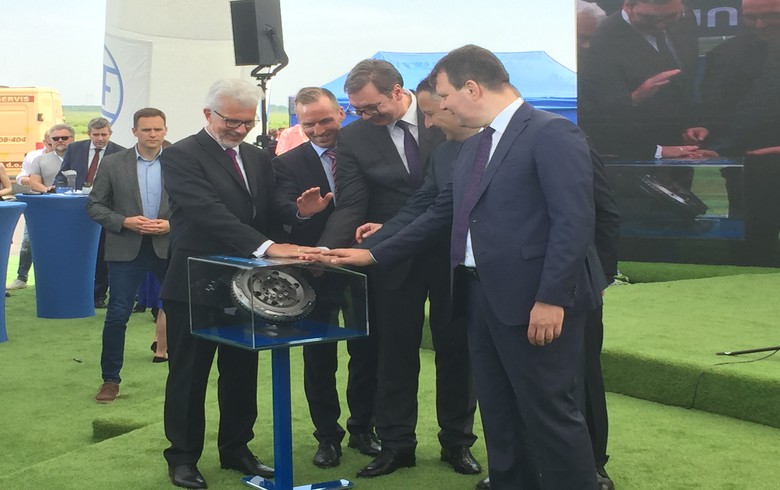 The factory currently has a workforce of 300 employees, as their number will be raised to 1,000 after the completion of all project development stages, the Pancevo city government said in a statement on Wednesday.

ZF Friedrichshafen has already launched the second stage of the project during which it will invest 60 million euro and will open 460 jobs, the mayor of Pancevo, Sasa Pavlov, said at the opening ceremony. During the second stage, a research center will be opened, employing more than a hundred top experts from Serbia, he stressed.

"The expansion of the factory will make Pancevo the largest ZF e-mobility location in Europe outside Germany. Thanks to the Serbian universities we will create a new generation of e-mobility engineers in order to maintain the strength of the group,"  the head of the E-Mobility Division at ZF Friedrichshafen, Joerg Grotendorst, was quoted as saying.