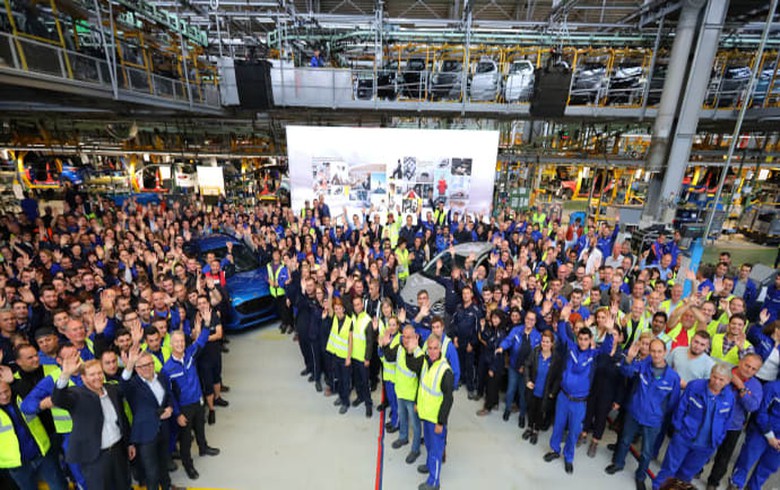 In order to support the production of the new Puma model, Ford started a large-scale process of hiring about 1,700 people last year and has invested about 200 million euro ($220 million) in its plant in Craiova, Ford Romania said in a press release.

Ford's total investment in Craiova amounts to about 1.5 billion euro since taking over the plant in 2008.

"It is a great achievement for us to produce here, in Craiova, not only the most technologically advanced vehicle ever manufactured in Romania, but also the first with integrated hybrid technology," Ford Romania president Ian Pearson said.

The Ford Puma is a SUV-inspired compact crossover that features a 48-volt mild-hybrid powertrain technology.

The Puma was unveiled at the end of June this year and joins Ford's extensive range of European SUVs and crossovers, including Fiesta Active, Focus Active, EcoSport, Kuga, Edge and Explorer Plug-In Hybrid.

The new vehicle is in addition to the EcoSport small SUV currently built in Craiova, plus Ford’s 1.0‑litre EcoBoost engine. The company started EcoSport SUV production at Craiova following a 200 million euro investment in October 2017.

The anticipated production volumes for the EcoSport and Puma models will make the Vehicle Assembly Factory work in three shifts, Ford added.

Ford entered Romania in March 2008 when it wrapped up the acquisition of a 72.4% stake in Automobile Craiova, the sole owner of car maker and distributor Daewoo Automobile Romania.

The auto manufacturer currently has about 6,000 employees in Romania.

Ford Romania SA is among the biggest companies in SEE, for more reference take a look at Top 100 companies
Share this story
Facebook Twitter Linkedin Email
SeeNews in Brief