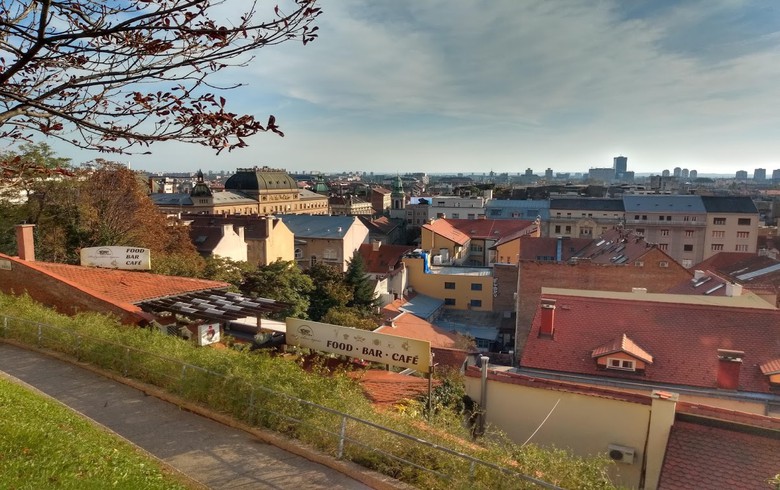 The positive outlook comes on the back of gradual progress towards euro accession and a continued marked reduction in gross general government debt thanks to sound fiscal policies.

The Croatian government is currently working towards completing the six agreed ERM II commitments by the second quarter of 2020, including the introduction of a comprehensive assessment by the European Central Bank (ECB) of five local banks.

"Fitch would likely upgrade Croatia's Long-Term Foreign-Currency IDR by two notches between admission to the ERM II to joining the euro, all else being equal."

The rating agency also said in the statement:

"Fitch forecasts the general government budget will remain broadly balanced in 2019-2021, against the current 'BBB' peer median deficit forecast of 1.8% of GDP. Fiscal dynamics are underpinned by the authorities' track record and commitment to fiscal prudence as well as favourable macroeconomic and financial conditions. Revenue growth has continued to over-perform in 2019 (up by a projected 3% compared with the original budget estimate). Growing social pressure to increase expenditure or delay key reforms, as was the case with the plan to increase the retirement age to 67 years, represent a modest risk, particularly ahead of a busy electoral calendar. However, the risk of abrupt fiscal policy changes is mitigated by an improving policy framework and the commitment to join the ERM II.

We forecast general government debt/GDP to fall to 71.3% of GDP at end-2019, down from a high of 84.7% at end-2014, and to 65.2% by 2021 on the back of strong primary surpluses. This would still be well above the current 'BBB' median of 40.1% of GDP, although low interest costs and longer maturities mean that debt service metrics should be less onerous than peers. Downside risks to medium-term debt dynamics are contained by 'second pillar' pension fund holding of government debt of 18% of GDP. Contingent liabilities are low at 1.8% of GDP.

The economy is set to maintain a moderate rate of expansion, averaging 2.5% in 2019-21 (versus the current 'BBB' median of 2.9%), supported by domestic demand. Seasonally-adjusted 3Q19 GDP growth was 0.8% qoq, up from 0.5% in 2Q19. The main driver of growth remained private consumption, underpinned by a robust labour market (unemployment stood at a record low of 6.8% in 3Q19) and a pick-up in gross fixed capital formation (up 8.2% year on year in 1Q-3Q19), helped by higher EU fund absorption. The main downside risks are tied to weaker external demand, particularly for key sectors such as tourism, although thus far Croatia appears less exposed than other countries in the region to downward momentum in the eurozone or global growth, as evidenced by solid growth in exports of goods and services in 3Q19 (4.7%).

Fitch expects further improvement in Croatia's external metrics over the forecast period, albeit at a more gradual pace than in recent years. We forecast the current account surplus to narrow to only 0.2% of GDP in 2021, as growth in the tourism sector slows (due in part to capacity constraints) and import growth remains robust. Nonetheless, stable FDI inflows and an acceleration of capital transfers (as EU funding cycle reaches its peak) should bolster the balance of payments and lead to a further narrowing of Croatia's net external debt to 6% of GDP by 2021. This would be broadly in line with the current 'BBB' median of 7.5%.

The banking sector remains profitable, highly capitalised (the capital adequacy ratio stood at close to 23% in June), very liquid and with diminishing reliance on cross-border lending. The ratio of non-performing loans (NPLs) continues to trend downwards (it stood at a revised 7.3% in June) in part due to ongoing sales of NPL portfolios. Overall credit trends remain broadly unchanged, with household credit growth (up 6% in 3Q19) offsetting ongoing deleveraging in the corporate sector. House prices have continued to rise quickly (2Q19 growth was the strongest since 2007, at 10.4% yoy) but affordability indicators remain sound and banks maintain prudent lending policies.

Croatia's structural features are generally more favourable than 'BBB' peers. GDP per capita is 30% above the 'BBB' median and the country scores better than peers in governance indicators and human development, thanks in part to EU membership. The coalition government, installed in June 2017, has been able to implement its agenda relatively smoothly despite its small majority (evidenced most recently by the straightforward approval of the 2020 budget). Nonetheless, political tensions could increase somewhat as parties gear up towards the presidential elections (first round schedule for late December 2019) and in particular for parliamentary elections due by end-2020."