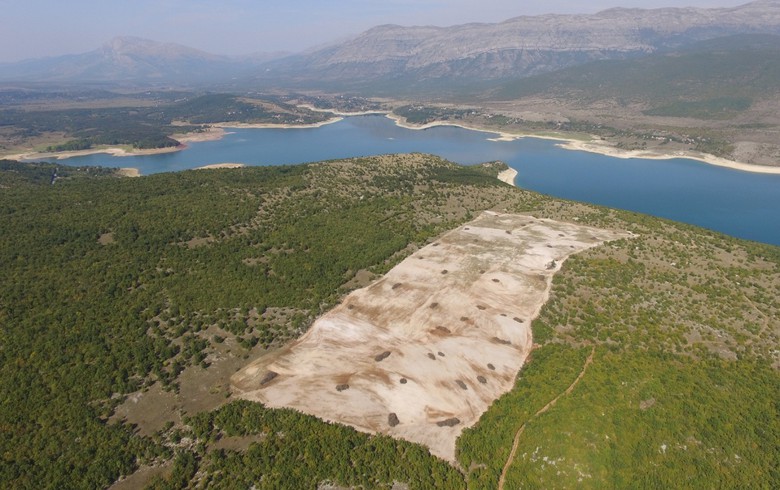 The Koljane solar power plant under construction in Croatia. Photo by OTP Banka.

ZAGREB (Croatia), September 21 (SeeNews) - OTP Banka, the Croatian unit of Hungarian lender OTP, said that will extend a loan to local trade company Eurotim Eko for the construction of a 8.59 MW solar power plant under a deal signed on Wednesday.

The annual production of the 8,593 kWp Koljane plant is expected to be 11.5 million kWh, enough to cover the annual needs of 3,000 households, OTP Banka said in a press release. It did not elaborate on the size of the loan or the value of the solar power plant.

The bank did not respond to an email from SeeNews seeking comment about the deal by the time this article was published.

The plant will be built by engineering company E.ON Solar - a unit of German energy group E.ON, EUROTIM and local companies. Another unit of the German group, E.ON Energija, will buy out the generated electricity.

The plant is expected to start operations in mid-2023.

OTP Banka Hrvatska d.d. is among the biggest banks in SEE, for more reference take a look at Top 100 banks
Share this story
Facebook Twitter Linkedin Email
SeeNews in Brief