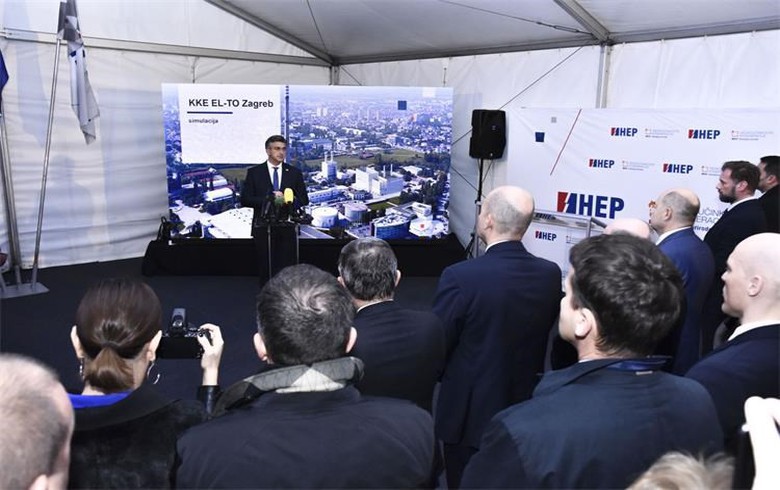 The new unit will have an installed power capacity of 150 MW and heating capacity of 114 MW, representing HEP's largest investment in new production capacities in the past ten years, the company said in a statement on Thursday, after laying the foundation stone for the new plant.

"This project is important for Zagreb and Croatia as it will provide the citizens and the industry with secure and high-quality supply of clean energy and will lessen the dependence on electricity imports," prime minister Andrej Plenkovic, who attended the ceremony, said in the same statement.

The new unit will provide heating energy to 80,000 citizens in the western areas of Zagreb. Its expected annual production is 675 MWh of electricity and 450 GWh of heating energy plus 160 MWh of industrial steam, the statement said.

The unit will be built by Italian company Fata, part of Danieli Group, which signed a contract with HEP in July 2018 for drafting the design, carrying out the construction, and installing the equipment in the new plant, as well as a contract for its long-term maintenance.

The new unit should be completed in the beginning of 2022, HEP said.

The project is financed by the European Bank for Reconstruction and Development and a syndicate of commercial banks and the European Investment Bank, the statement said.

The new unit will use most up-to-date combined co-generation technology produced by Siemens. Its efficiency will be 90% as it will make more than 25% primary energy savings, as well as cut CO2 emissions at EL-TO Zagreb.