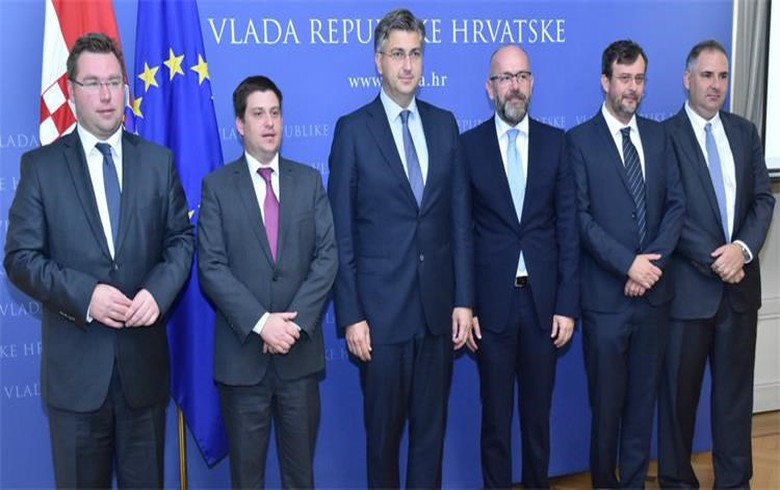 ZAGREB (Croatia), October 10 (SeeNews) - Croatia has signed two deals worth 990 million kuna ($147 million/133 million euro) in total with Austria's Strabag and Greece's Avax for the construction of 30 kilometres of access roads to the Peljesac bridge, the government in Zagreb said.

Croatia's state-owned motorway operator Hrvatske Ceste (HC) signed the contracts on Wednesday with representatives of Strabag's Croatian arm and Avax, the government said in a statement following the signing ceremony.

Strabag will build the 12 km long Duboka-Sparagovici section in 33 months, while Avax will build in 28 months the sections Sparagovici-Prapratno and Prapratno-Doli that make up the 18 km long southern access road to the bridge.

The European Commission is providing 85% of the financing needed for building the access roads to the bridge, the government said.

The construction of the Peljesac bridge started in July 2018 after HC signed a 2.08 billion kuna deal for the project with a Chinese consortium led by CRBC. Croatia hopes to see construction works completed in January 2021.

The bridge will connect the peninsula of the same name with the rest of mainland Croatia over the Adriatic, providing an alternative route to crossing the Neum Corridor - a strip of the Adriatic coastline situated in Bosnia and Herzegovina between these two parts of Croatia.

The Peljesac bridge will be 55 m high and 2.4 km long, with four lanes.