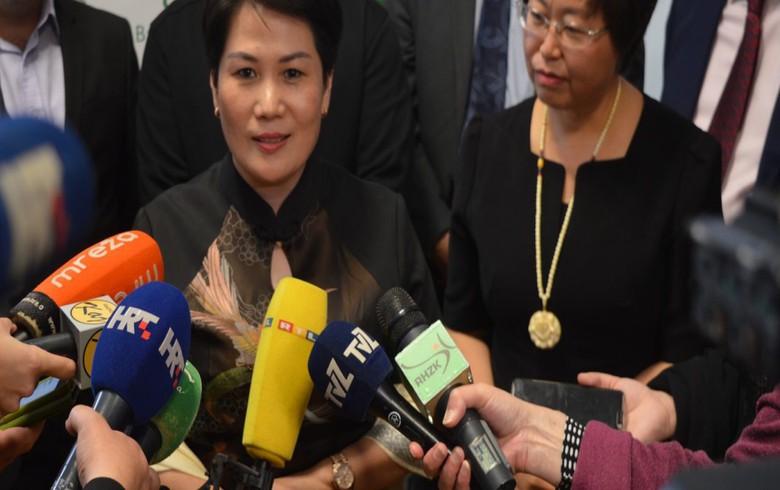 ZAGREB (Croatia), September 25 (SeeNews) - Chinese businesswoman Jiang Yu said on Wednesday she plans to build a traditional Chinese medicine centre in the mountainous resort of Krapinske Toplice in northern Croatia as part of a programme to invest over 20 million euro ($22 million) in the resort.

"Krapinske Toplice is very important for us and we want to build here our first centre for traditional Chinese medicine," Jiang Yu told local TV station RTL.hr in an interview.

The centre will be located at the site of an existing hotel, which the Chinese investor has recently bought and plans to renovate.

Jiang Yu also plans to build a new hotel in Krapinske Toplice, as well as a nursing home for elderly people.

Krapinske Toplice is located some 45 km north-west of the capital Zagreb, in the hills of Croatia's Zagorje region, and is famous for its thermal water sources.

Jiang Yu is the founder of Chinese company Zhongya Real Estate, which bought in June the Hotel Zagorje in Kumrovec, some 20 km west from Krapinske Toplice, for 14.1 million kuna ($2.1 million/1.9 million euro).

Jiang Yu said in August, Zhongya plans to launch a 200 million kuna tourism project in Kumrovec in 2020, renovating Hotel Zagorje to develop congress and health tourism at the location. The hotel is a former political school with a total area of 27,000 square metres.