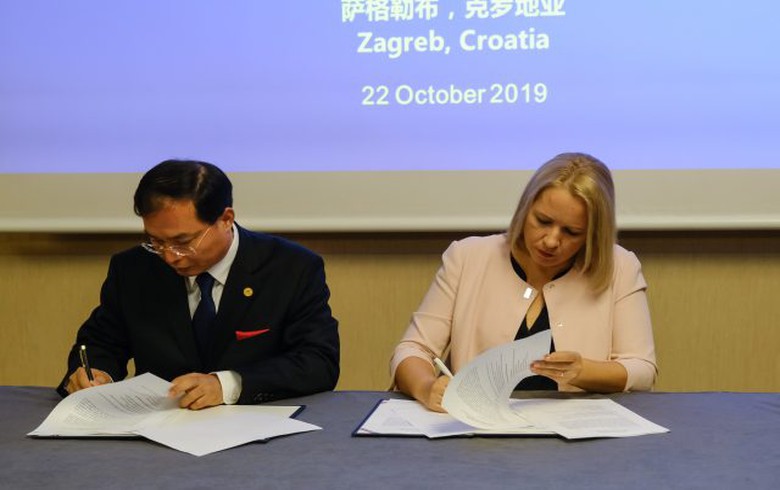 Sisak mayor Kristina Ikic and CIMM Group's founder and chairman Ma Shujun signed a memorandum of understanding on the project during the Croatian-Chinese Forum held in Zagreb on October 22, HGK said in a statement on Tuesday.

The event was held in the framework of a visit of a Chinese delegation led by high representatives of the country's northern coastal province of Liaoning.

"I think everyone is aware of the importance of such a capital injection in serious industrial production. Such investments build our landmarks for the future, and we want to continue in this direction," Ikic said in the statement.

HGK gave no further details on the project.

CIMM Group is interested in acquiring foreign enterprises whose business is related to its core business, the company says on its website.