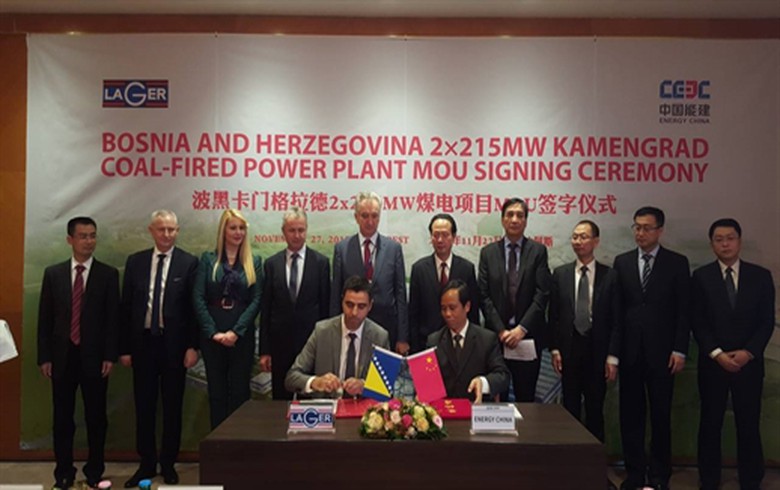 The loan agreement was signed on the sidelines of a meeting of the heads of government of China and 16 Central and East European countries, or the 16+1 Summit, held over the weekend in the Hungarian capital Budapest, FIPA said in a statement on Monday.

The agency said last month that TPP Kamengrad will have two units with a planned capacity of 215 MW each.

Coal reserves at Kamengrad mine, a town within the Sanski Most county, are estimated at 420 million tonnes.

Sanski Most is located in the northwestern part of the Federation, one of Bosnia's twp autonomous entities. The other entity is the Serb Republic.