Censure motion against Moldovan govt fails over lack of quorum 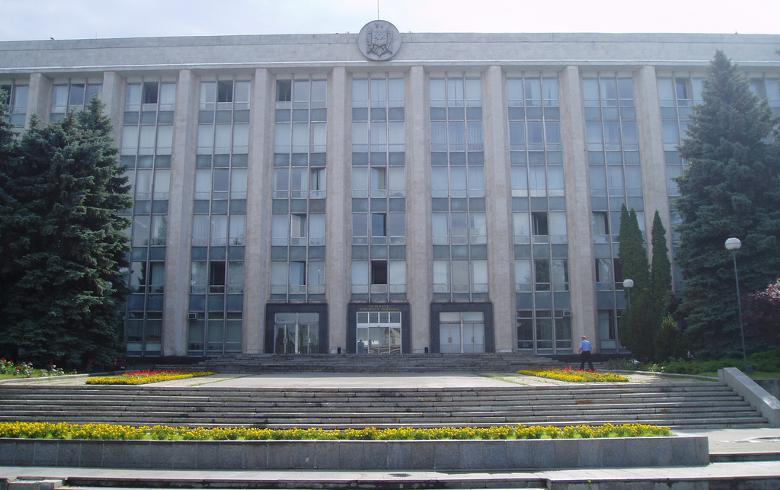 CHISINAU (Moldova), October 3 (SeeNews) - A censure motion filed against Moldova's cabinet led by Pavel Filip failed on Monday due to lack of quorum, which allows the government to adopt a set of bills meant to repay $1 billion (890 million euro) missing from three of the country's commercial banks.

Only 47 MPs were present in parliament at voting time, data posted on the parliament's website showed. In order for a vote to take place, at least 51 MPs should have been present, according to the country's constitution.

The motion was initiated on September 27 by the Socialist Party, PSRM. It was signed by 24 Socialist MPs, another eight from the Liberal Democratic Party, PLDM, and five from the Communist Party, PCRM.

In its motives for the motion, the opposition said that the government is trying to make taxpayers repay the missing $1 billion by adopting a set of measures suggested by the International Monetary fund (IMF).

In order to boost its chances for obtaining a $179 million loan from the IMF, Moldova's government on Monday assumed responsibility for a set of seven draft bills negotiated with the IMF. The legislation is related to reforms in the country's banking system, the social insurance system, and the health care sector.

The most heatedly discussed bill among the seven refers to a 13.5 billion lei ($682 million/607 million euro) bond issue with a fixed interest rate of 5% and maturity of 20-25 years, meant to repay emergency loans granted to the three banks.

Under Moldova's constitution, when the government assumes responsibility for a law or a set of laws, opposition in parliament can initiate a censure motion. As the censure motion failed on Monday, the laws became enforceable.

Moldova has been trying to cope with a major banking crisis since November 2014, when about $1 billion disappeared from three of the country's banks. The sum is equal to about 16% of the impoverished ex-Soviet state's 2014 gross domestic product. The banks - Banca de Economii, Banca Sociala and Unibank - collapsed and were liquidated.

This is the second censure motion against the government. On June 27, the cabinet survived a no-confidence vote over its economic policies.

Moldova's government led by former IT minister Pavel Filip was sworn in hastily on January 20, right after midnight as thousands of protesters gathered in front of the parliament building with demands for early elections.

A no-confidence motion left Moldova without a government at the end of October 2015, when the cabinet led by PLDM vice-president Valeriu Strelet collapsed. The motion was filed by 42 MPs of PSRM and by PCRM, who accused Strelet of abuse of power and corruption.

The no-confidence vote came after Vlad Filat, leader of PLDM and former prime minister, was detained on October 15 on suspicions of corruption and complicity in the missing $1billion fraud.