Bulgaria's software industry to contribute 7.6% of GDP by 2024 - BASSCOM 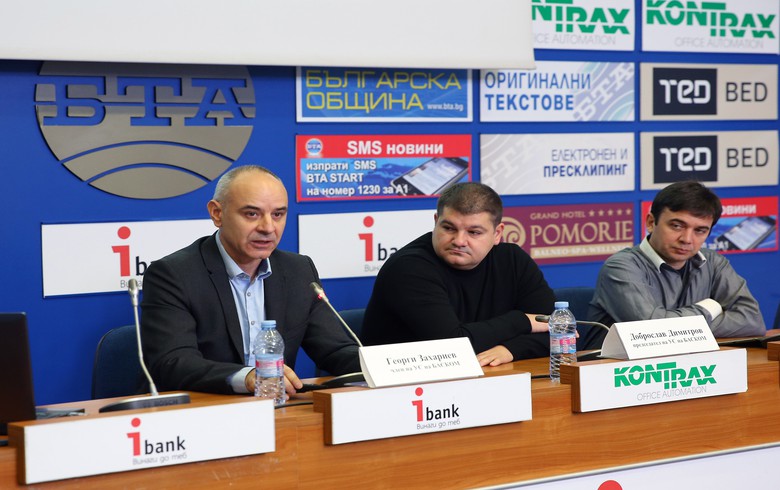 SOFIA (Bulgaria), December 5 (SeeNews) - The share of Bulgaria's software sector in the country's gross domestic product (GDP) is expected to increase to 7.6% in 2024, or 10.3 billion levs ($5.8 billion/5.3 billion euro), the Bulgarian Association of Software Companies (BASSCOM) said on Thursday.

Bulgaria's software industry is expected to contribute 3.4% of the country's GDP in 2019, up from 2.9% in the previous year, BASSCOM representatives said during a press conference held in Sofia, citing the association's annual study on the development of the local software sector.

BASSCOM's study comprises data about 4,100 companies active in the IT sector.

The combined revenue of the IT sector in Bulgaria increased by 23% on an annual comparison basis in 2018 - to 3.1 billion levs, crossing the 3 billion lev benchmark for the first time, Dobroslav Dimitrov, board chairman at BASSCOM, said during the press conference.

The bulk of it, 2.5 billion levs, was generated by the export of services and intellectual property.

"In order to make its first billion the industry needed twenty-one years, the second billion took four years, the third one took just two years," Dimitrov noted, adding that the software industry in the country will probably reach 4 billion in revenue in just over a year.

The IT industry has been expanding rapidly in the recent years, outpacing the country's economic growth, despite the shortage of skilled workforce, which is the biggest problem it faces, BASSCOM representatives agreed.

There are 30,000 people currently working in the software industry in Bulgaria, as their number is expected to increase by 10% in 2019.

Going forward, the association sees 59,000 people working in the industry by the end of 2024, which means that 6,170 new jobs will be created every year in the sector.

"Bulgaria's software industry is exceptionally attractive for foreign investors as there are currently over 50 units of global software companies in the country," BASSCOM said in a statement following the press conference.

BASSCOM is optimistic about the development of the software sector in the country due to a number of factors, including the digitalisation of key industries, such as finance, automotive, healthcare and defence, many educational initiatives and the tendency for IT companies to expand their operations to other Bulgarian cities, BASSCOM board member Filip Mutafis said.