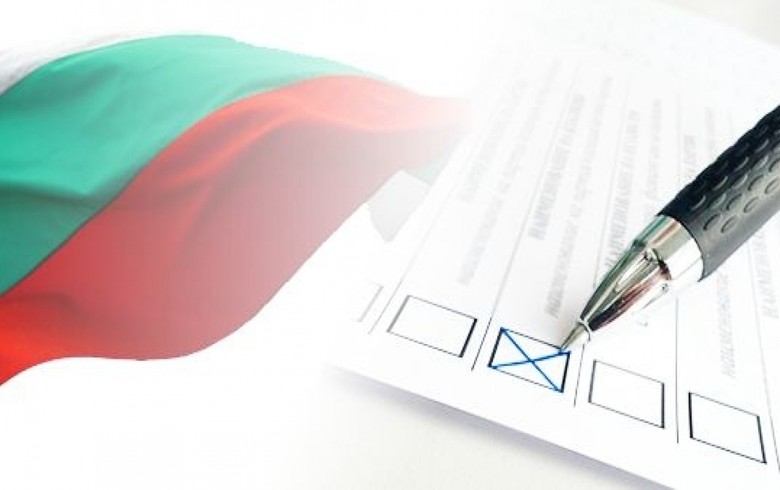 SOFIA (Bulgaria), June 10 (SeeNews) - Bulgaria's centre-right coalition of GERB and Union of Democratic Forces (UDF) is maintaining a slim lead ahead of its main opponent, populist formation There Is Such a People (TISP), about a month before the snap general election scheduled for July 11, recent polls showed.

As many as 20.3% of all respondents determined to cast a ballot said they will support GERB-UDF led by ex-prime minister Boyko Borissov, while 18.2% intend to back populist formation TISP led by showman Slavi Trifonov, a survey conducted by Sofia-based polling agency Alpha Research showed on Wednesday.

Alpha Research noted that after the US State Department and the US Treasury Department announced earlier this month that they have decided to blacklist several Bulgarian public officials due to their involvement in large-scale corruption, the GERB-UDF coalition has lost 2% of its backing, which is the most significant drop in support for the political force in such a short period of time.

The Bulgarian Socialist Party (BSP), which formed a coalition with several smaller left-wing parties after the inconclusive April 4 election, and reformist Democratic Bulgaria coalition followed with 14.4% and 11.9%, respectively.

Two other formations have a chance to cross the 4% threshold and enter the next parliament, according to the Alpha Research survey. The Movement for Rights and Freedoms (DPS), which is drawing support mainly from ethnic Turk population, will attract 9.9% of the votes, while Rise Up! Thugs Out!, which organised a series of anti-government protests last year, will receive support from 5.3% of the voters.

Nationalist coalition Bulgarian Patriots comprising VMRO, Volya and NFSB parties, which was also formed after the April 4 election that resulted in a fragmented parliament, will get 3.4% of the votes.

As many as 53.2% of the respondents in the Alpha Research poll said they will certainly vote in the July 11 snap elections, while 31.3% said they will not.

The survey was conducted between May 30 and June 7 among 1,007 people.

According to another survey published by Sofia-based Market Links agency last week, 21.0% of the respondents who said they will vote on July 11 will back GERB-UDF.

As many as 17.6% will cast their ballot for TISP, 17.1% for BSP, 11.8% for Democratic Bulgaria, and 9.4% for DPS. The Rise Up! Thugs Out coalition ranked sixth with 4.2% support. The survey, which was commissioned by private broadcaster bTV , was conducted between April 16 and April 23 and the results were made public on June 3.

Market Links' poll also showed that 63% of the respondents were sure that they will go to the polling stations on July 11, while 5% were determined that they will not vote.

According to both Alpha Research and Media Links, the absence of TISP and its leader Slavi Trifonov, from the media and political debates does not allow the party to increase its backing and even causes an outflow of supporters.

The results of a survey by Sofia-based Gallup International Balkan polling agency published on May 19 indicated that if the snap election was held on that day, GERB-UDF would win 22.8% of the votes, 20.1% of the voters would go for TISP, 16.1% for BSP and 11.9% for Democratic Bulgaria. According to the survey, six political formations would probably enter the next parliament, as DPS would attract 11.2% of the votes, followed by Rise Up! Thugs Out! with 5.6%.

Candidates from 23 parties and coalitions will run in the July snap election, compared to 30 in the April 4 vote.

Last month, president Rumen Radev dissolved parliament and call snap elections for July 11, after a third political party, the Socialists, returned its mandate to form the next government. TISP, which came second in the election, also declined to try to assemble a cabinet after GERB-UDF, which won the election, also did so. Six political parties entered parliament as a result of the April 4 election, with each of them having neither enough seats to govern on its own, nor enough partners to try to put together a coalition cabinet.