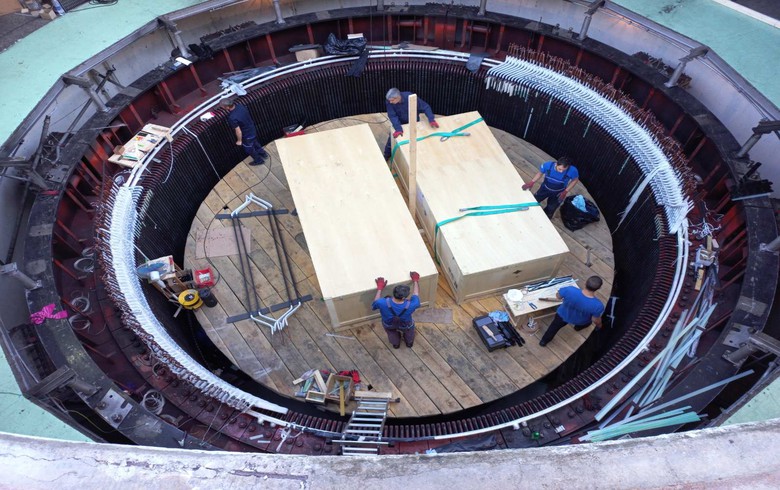 SOFIA (Bulgaria), August 9 (SeeNews) - Bulgarian electric facilities maintenance provider Centralna Energoremontna Baza (CERB) said on Tuesday that it has completed a total overhaul at Greece's largest hydro power plant (HPP) Kremasta, increasing the capacity of one of its generators by 10%.

CERB upgraded Hydrogenerator 2 and replaced the generator excitation system, the company said in a statement.

Kremasta HPP, part of the 907-MW hydropower complex Acheloos, has four turbines of 100 MW each.

As a result of the works, from end-July, the Greek energy system has boosted its total capacity by 110 MW.

CERB is set to carry out a complete overhaul of Kremasta's Hydrogenerator 1 by the end of 2022, a company spokesperson told SeeNews.

The overhaul contract was awarded by Greece's national electricity company, Public Power Corporation. PPC has a market share of 99.7% and caters to the power needs of 7.4 million consumers.

This is the fourth time that a Bulgarian company has carried out repairs at the Greek hydropower facility, according to the statement. CERB previously conducted maintenance at Kremasta in 2011 and 2013, and carried out emergency repairs in 2017.