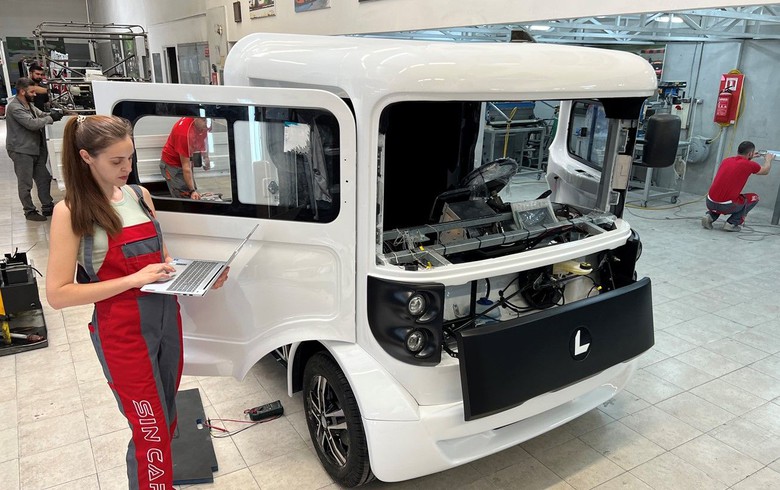 The Romanian facility will be built in four stages on a total area of ​​70 ha in Giurgiu, the Romanian city situated opposite the Bulgarian city of Ruse across the Danube, Sin Cars Industry told SeeNews in an emailed statement on Thursday.

The project is part of the company's plans for gradual expansion over the next ten years rather than a step towards complete relocation of manufacturing operations from its home base in Ruse, Sin Cars noted after it inaugurated a newly-built production line for electric cars in the city.

Production in Ruse will continue, with the company still looking for opportunities to expand its local facilities.

"For a long time we were looking for an opportunity to build the new plant in Ruse or in the nearby municipalities, but unfortunately the legal framework in Bulgaria and other obstacles do not allow us to do this here. From the Romanian side, we received assistance and willingness to provide land for long-term use for a period of 49 years. with an option for an additional term," SIN CARS executive director Rosen Daskalov explained.

The terrain is located just 15 km from the R&D center of SIN CARS in Ruse, on a central road between Asia and Europe, with capacity and potential for development, for expanding production and for building a complete infrastructure for additional activities such as the construction of a track for testing cars, for training and for holding international car races, Daskalov added.

Last month, Sin Cars announced the signing of three agreements to deliver a total of 10 L CITY vehicles to markets in Germany, the Netherlands and Greece before the end of 2022 at the latest, with a goal to delivering the vehicles by the end of October. The company has planned the production of 14 vehicles for a total revenue of 750,000 euro ($750,910).

The new production line in Ruse will enable Sin Cars to produce one L City vehicle per day in 2023, the company said. Next year, the EV maker will start designing a new production base which will expand its production capacity to 20,000 vehicles per year.

Shares in Sin Cars closed flat at 0.91 levs on the Bulgarian Stock Exchange on Thursday, valuing the company at some 18.7 million levs ($9.65 million/9.56 million euro).