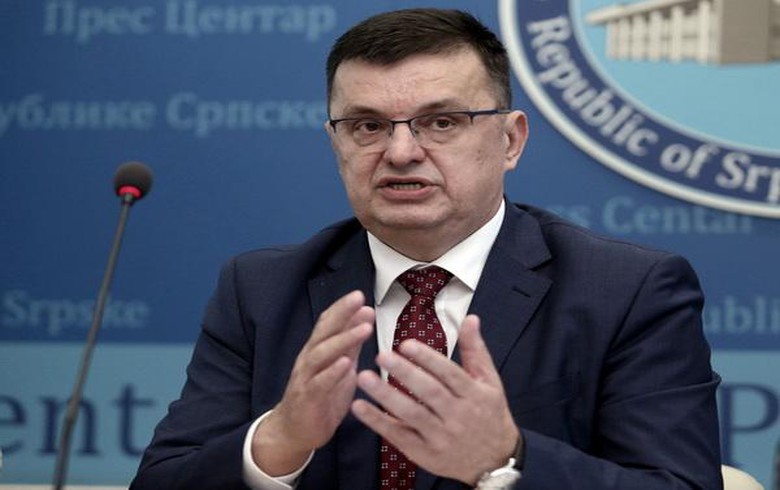 The house of representatives approved the nomination at an extraordinary session on December 5, according to a brief statement on the parliament's website.

Out of the 38 parliament members present in the 42-seat house of representatives, 28 voted for, eight were against and two abstained, news daily Nezavisne Novine reported on Thursday.

Tegeltija now has 30 days to nominate his cabinet members.

He told a press conference after his nomination that he believes Bosnia's state-level government will be formed prior to the next two parliament sessions scheduled to take place on December 18 and December 23, Nezavisne reported. The new cabinet will need the approval of the house of representatives to take office.

Tegeltija was proposed for prime minister by Bosnia's tripartite presidency on November 19 - more than a year after the October 2018 general election.

Earlier this year, the presidency cancelled several sessions on the vote on new prime minister because its three members - Sefik Dzaferovic representing Bosniaks, Zeljko Komsic representing Croats, and Milorad Dodik representing Serbs - could not agree on Bosnia's Annual National Programme (ANP), which is a condition for activating its Membership Action Plan for NATO.

Pro-Russian Dodik has been opposing to the ANP adoption, while pro-NATO Komsic and Dzaferovic have been insisting that the adoption of the ANP is a necessary condition for voting the country's new state-level government into office.

Still, on November 19, the three also decided to submit to NATO Bosnia's reform programme within a day after the nomination of Tegeltija and his cabinet ministers is confirmed by the house of representatives.

The proposed new prime minister Tegeltija is a member of SNSD party led by Dodik and a former finance minister of Bosnia's Serb Republic entity. Bosniak leaders have said they will support Tegeltija only if he backs the country's NATO membership bid.

The Serb Republic and the Federation are two autonomous entities that form Bosnia.