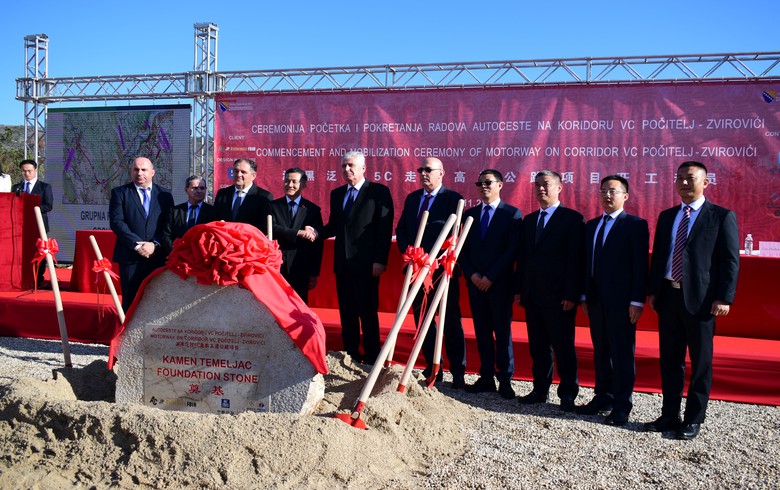 The section represents Lot 1 of the project for the construction of the 11.75-km Pocitelj-Zvirovici section, which also includes the Pocitelj bridge as Lot 2, Autoceste FBiH said in a statement. The complete project is worth an estimated 100 million euro ($110.6 million).

In particular, Lot 1 is worth 56.5 million euro (without VAT). It includes the construction of three viaducts and a tunnel, among others, and should be completed in 24 months.

Lot 2 includes the construction of the Pocitelj bridge, with a total length of 945 metres and a maximum height of 100 metres. Works on it, worth 28.1 million euro (without VAT), will be carried out by a consortium comprising Azerbaijan's Azvirt, China' Sinohydro Corporation and Power China Road Bridge Group. The completion deadline for the second lot is 30 months.

The construction of the Pocitelj-Zvirovici section (Lots 1 and 2) is financed by a 100 million euro loan from the European Investment Bank (EIB) and a 5 million euro grant by the Western Balkans Investment Framework (WBIF).

European Corridor Vc connects the port of Ploce in Croatia with Hungarian capital Budapest via Bosnia.