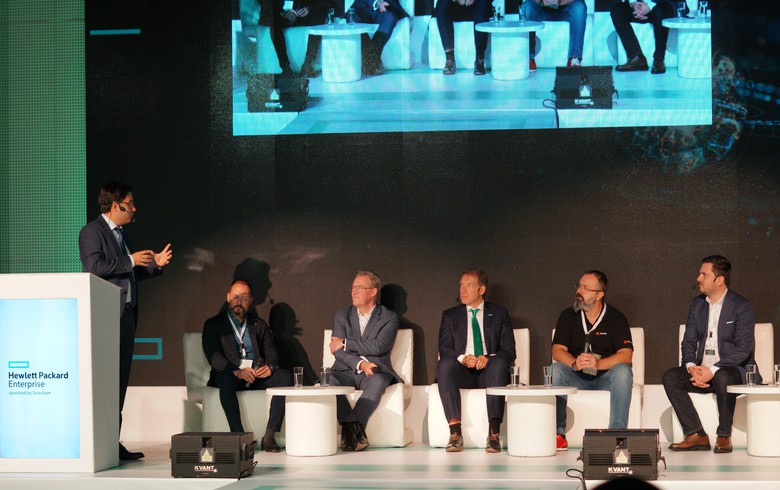 Rather than posing a risk to employment in the future, AI offers a set of opportunities as it will expand industries and provide employees with occupational options not existing today, AI industry representatives said during a conference in Sofia hosted by Hewlett Packard Enterprise operated by Selectium.

“It is not about losing or gaining – it is about shifting skills. [...] There will be some industries or some sectors that will suffer, however it is not a threat but an opportunity," Jim Neenan, a Business Solution Architect at U.S.-headquartered cloud infrastructure and digital workspace technology company VMware, said.

"It will be a fatigue process, but it definitely shouldn’t cross our hands," Neenan added.

In order for AI to create more job opportunities in the distant future the skillset of employees needs to change, noted Martin Mozer, a Hybrid IT Sales Director CEEMA at Hewlett-Packard Enterprise, adding that until at least another 10 years there may be a lot of new jobs.

AI could be a threat to industries but innovations cannot be stopped, opined Andrzej Kowalczyk, a Senior Solution Architect at U.S.' open-source technology and software company Red Hat. However, sometimes robot drones can be too expensive to replace the people with basic jobs, Kowalczyk noted.

The evolution of AI also raises the question of whether it will change the role of university education in the future, as more and more employees are now being trained inside their companies where they develop their most valuable skills. AI companies complement university learning rather than negating it, industry representatives agreed at a round table discussion during the conference.

AI companies are providing the possibility to their employees to access a platform for creating their own careers and educate themselves in the area  they need, said Dan Popa, a Territory Manager of Switzerland-headquartered software company Veeam for Bulgaria, Romania and Albania.

"And I think the workforce is changing considerably as well, we are not asking employees to come and do a particular process, we are asking them to come and bring their talents. We were asking them to come and do it in a particular way with a set of applications, we are now asking everyone to bring themselves to work and to equip them with the capabilities that they need. Some of the technology that we are talking about will enable them to deliver far more than we currently expect," Jim Neenan said.

"Will it affect some industries? Yes, I am sure it will. But there are other industries that haven’t been born yet that will also expand as a result of technology," Neenan added.

Regarding unsupervised machine learning which is considered the next step in AI development, industry representatives see some exceptions and do not expect it to happen in the near future.

"The investing in AI, especially when we’re talking about data protection, doesn’t mean we need to remove human interaction from the equation. [...] The last decision, at least at the moment, should be taken by a human," Dan Popa said.

According to Robev, it is the purpose of machine learning that matters, not whether it is supervised, semi-supervised or unsupervised.

"There are different domains where we can allow some unsupervised machine to take decisions, to analyse data but still there are some areas where human interaction should be absolutely mandatory," Robev said.

Retail, finance and media industries lead the way in terms of artificial intelligence implementation in Bulgaria, as over 30 local companies develop solutions for these sectors, according to the Artificial Intelligence Ecosystem in Bulgaria report issued by SeeNews in June.

Retail sector-focused AI developers are most abundant in Bulgaria - 12, followed by finance and media with 11 and 10 companies focused on those sectors, respectively, the report showed. Bulgaria's healthcare sector, on which five developers are focused at present, holds the greatest promise for an increase in the number of AI companies servicing that sector.