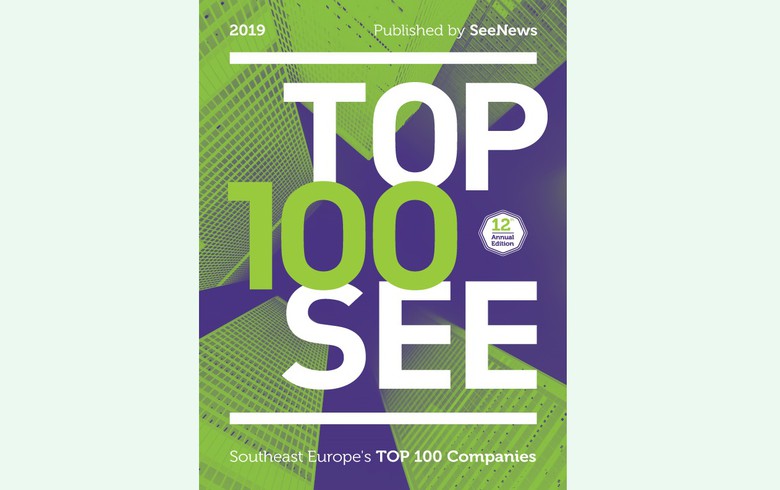 The combined revenue of the SEE TOP 100 companies expanded by 11% to a record-high 126.3 billion euro ($138.8 billion), whereas their profit amounted to 5.7 billion euro, up by 17%, the twelfth annual edition of the TOP 100 SEE ranking indicates. TOP 100 SEE ranks the biggest companies in Southeast Europe by total revenue in the financial year ended December 31, 2018.

Both profits and revenues, however, grew at a slower pace than a year earlier when they recorded increases of 13% and 22%, respectively.

Automobile Dacia, a unit of France’s Renault, is the biggest company in SEE for a fifth year running as its revenue rose by 6.54% to 5.35 billion euro in 2018. Furthermore, the company booked an outstanding profit growth of 39%, to 161.3 million euro, though in terms of profit it ranked 11th among the SEE TOP 100 entrants.

In second position, Slovenia’s Petrol posted a 15% increase in revenue to 4.4 billion euro.

Another oil and gas company, Romania’s OMV Petrom, ranks third with 4.1 billion euro in revenue, up 21%.

The ten biggest companies contributed 27% of the combined revenue of SEE TOP 100.

As global oil prices recovered, the oil and gas sector reaffirmed its foothold in the ranking, with its representatives accounting for 34% of the total revenue of SEE TOP 100. Their combined profit, however, shrank, forcing them to eagerly look to develop alternative business lines.

Recovering from the collapse of Croatia's private concern Agrokor which sent shockwaves across the Western Balkans in 2017, the region’s wholesale and retail sector showed a spectacular turnaround in 2018, swinging to a profit of 752 million euro from a loss of 75 million euro a year earlier. Combined revenues also increased – to 24.5 billion euro from 22.2 billion euro – on the back of rising consumption across the region.

It comes as little surprise that the automotive sector recorded a yet another good year, with total revenues rising 13% to 18.4 billion euro. Over the past decade, the sector has been a regional frontrunner in terms of contribution to GDP, production capacity increase, volume of investments and job creation.

A notable development is the hefty increase of the revenue of agricultural companies in 2018, by 29%. Considering its potential, the sector is still underrepresented in SEE TOP 100, as only four companies – all Romanian – made it into the ranking.

Entering SEE TOP 100 has become increasingly difficult. Six new entrants found a place among the region’s biggest companies in this year's edition of the ranking versus 12 last year. The newcomers operate in the oil and gas, electricity, transportation, and rubber and rubber products sectors. The threshold for entry among the top 100 rose sharply to 569 million euro from 515.5 million euro a year earlier.

Romania has 54 entrants in the ranking, while Albania and Moldova still have no representatives.