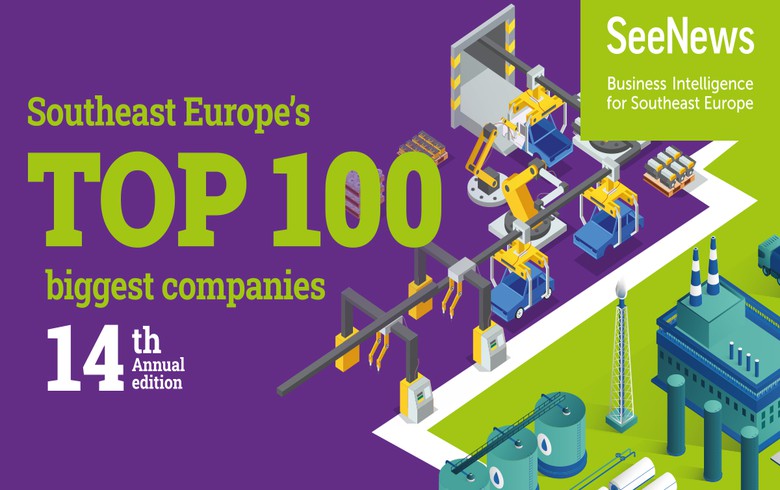 SOFIA (Bulgaria), October 18 (SeeNews) - The biggest companies in Southeast Europe (SEE) booked a single-digit decline in sales in 2020 but their profits shrank by a quarter amid the Covid-induced global economic slump, the latest SEE TOP 100 ranking published by SeeNews on Monday shows.

The combined revenue of the SEE TOP 100 companies dropped by 7% to 120 billion euro ($139 billion), compared to record high 129 billion euro booked by the participants in the ranking a year earlier, according to the fourteenth annual edition of the ranking of the region's biggest companies by revenue.

While the decline in the sales of the biggest companies in the region was modest, their combined profit collapsed by a quarter to 3.5 billion euro, wiping out three years of gains.

Automobile Dacia, a unit of France’s Renault, leads the ranking for a seventh year running even though its revenue fell by an annual 26% to 3.8 billion euro and its profit more than halved to 61 million euro.

Oil companies and car makers, the traditional leaders in the ranking, bore the brunt of the crisis as shrunken consumption, travel restrictions and disrupted supply chains ate into their bottom lines.

On the winning end, retailers emerged as a the leading sector in terms of total revenue, profit and number of entrants in the ranking. The sector’s strong performance comes on the back of an upsurge in e-commerce.

Automobile Dacia SA is among the biggest companies in SEE, for more reference take a look at Top 100 companies
Share this story
Facebook Twitter Linkedin Email
SeeNews in Brief