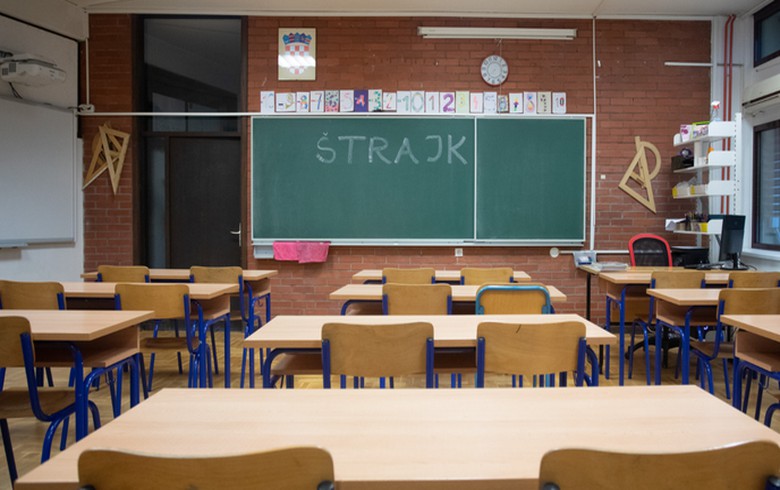 The negotiations between the government and the two largest teachers' trade unions, which began on Monday and continued on Wednesday, have failed, as a result of which primary and secondary school teachers are starting strike action across the country, the Independent Trade Union of Workers in Secondary Education, NSZSSH, said in a statement.

"The government has completely rejected our demands," trade union representative Branimir Mihalinec said in the statement.

He added that the government has offered a 2% pay increase as of October and a further 2% wage hike as of June 2020, which the trade unions have rejected as unacceptable. According to Mihalinec, the strike will continue until the government accepts the teachers' demands.

The strike is planned to start as a nation-wide action and to continue in different regions in the following days on a circular basis, he added.

Last month, the government agreed on a 7% increase of salaries in the healthcare sector as of September 1, following several weeks of healthcare workers' protests across the country.