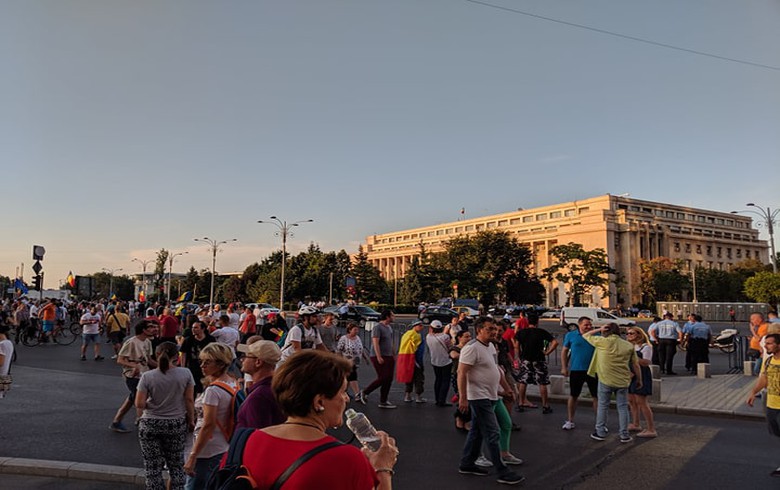 The demonstrations were peaceful on Saturday, when some 25,000 people protested in front of the government headquarters in Bucharest shouting messages against the government which they accuse of acting to weaken the fight against corruption in the country, a SeeNews reporter saw. Also, people say that the authorities did nothing to punish those responsible for the violence at the protests on August 10 last year.

On that date several hundred Romanians were injured while protesting against the government after getting caught in clashes between football fans and the riot police. People were there to protest against the policies of the government led by prime minister Viorica Dancila that in their opinion will shield corrupt officials from justice and slow down the fight against high-level graft.