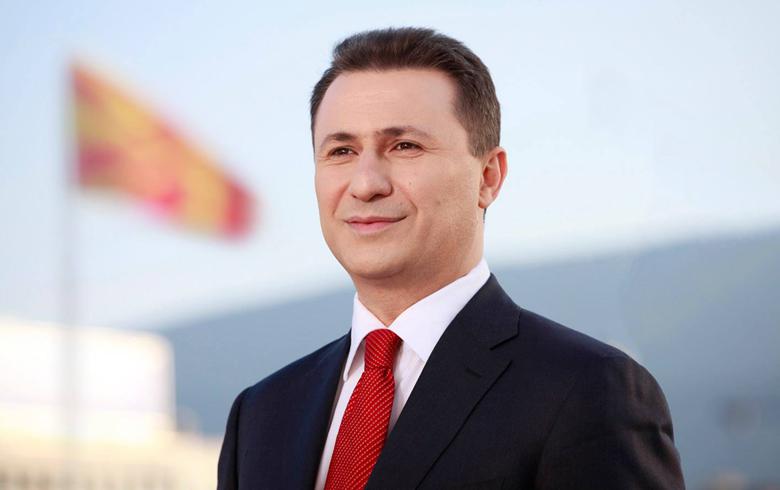 “The citizen Nikola Gruevski has left the territory of the Republic of Albania on 11.11.2018 at about 19:11 hours through the border crossing point of Hani i Hotit in the direction of Montenegro, as a passenger in a vehicle with a registration plate CD1013A, owned by the Hungarian Embassy in Tirana,” the Albanian police said in a statement late on Thursday.

The Albanian border police had received no international arrest warrant for the detention of Gruevski from the Macedonian authorities as of  November 11, according to the statement. The notice was sent by Interpol Skopje on November 13.

Gruevski, convicted to two years in jail for his role in a corruption scheme in Macedonia, has submitted an asylum request to the competent Hungarian authority, the Hungarian prime minister’s office said on Wednesday.

“For security reasons the Hungarian authorities have allowed Mr. Gruevski to have his asylum request submitted and heard at the headquarters of the Immigration and Asylum Office in Budapest,” the office of Hungarian prime minister Viktor Orban said in a statement. “We consider the assessment of the former Macedonian prime minister’s asylum request to be solely a legal issue.”

The immigration and asylum office will conduct the asylum assessment procedure in accordance with both Hungarian and international law, according to the statement.

“In recent days, I have received lots of threats to my life. Now I am in Budapest where I have sought political asylum from the Hungarian authorities,” Gruevski said.

On Monday, Macedonia’s interior ministry said it was searching for Gruevski on an arrest warrant after he failed to report to prison to start serving a jail sentence. In late October, the criminal court in Skopje ordered Gruevski to present himself at prison by November 8 in order to serve a two-year jail sentence for his involvement in a corruption scheme in 2012.

In May, the criminal court in Skopje sentenced Gruevski to two years in prison for unlawfully influencing the decision of interior ministry officials to purchase a Mercedes car at an estimated cost of 600,000 euro ($683,532). Last month, Skopje Appelate Court dismissed an appeal against the jail sentence lodged by Gruevski.