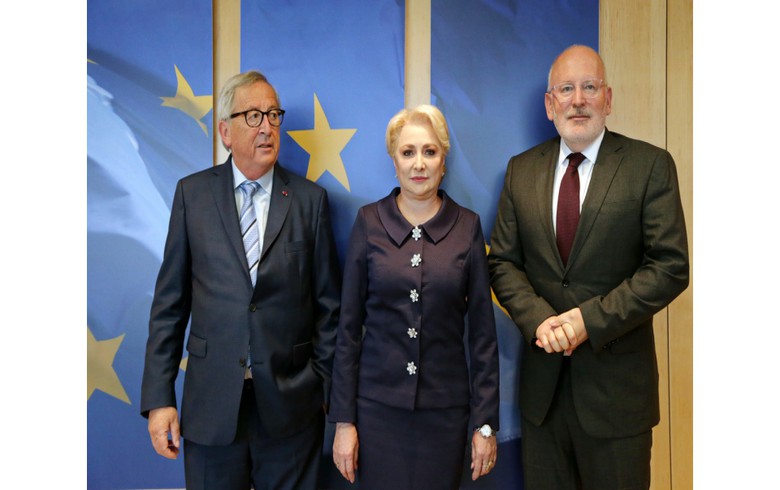 "European Commission president Jean-Claude Juncker and first vice-president Frans Timmermans welcome the Romanian government's commitment not to advance the controversial reforms in the judiciary and to resume dialogue within the framework of the Cooperation and Verification Mechanism in order to make progress in judiciary and anti-corruption reforms," the Commission and the government said in a joint statement on Tuesday evening following a visit of prime minister Viorica Dancila to Brussels.

Juncker thanked Dancila for the 'excellent work' of the Romanian presidency of the Council of the EU, which closed more than 100 files, some of them very important, namely ones regarding the European border police and coast guard, the European labour authority, copyright and the gas directive.

Dancila hinted she plans to resume the country's anti-corruption fight after the ruling Social Democrat Party (PSD) scored lower than usual at the European Parliament elections and its leader Liviu Dragnea was imprisoned for three years and a half for providing fictitious employment to two PSD members at a public agency.

In April, the European Commission warned Romania it would take action against Bucharest if the government does not get back on track with the fight against corruption.

In February, the government approved an emergency decree which changes justice bills in a way that would hamper the fight against graft. The decree sparked a wave of criticism from the European Commission, Romanian president Klaus Iohannis and opposition parties and led to public protests.