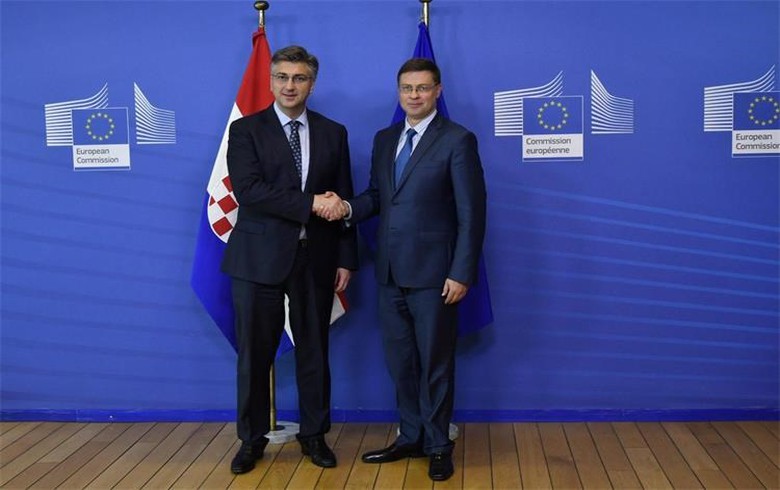 ZAGREB (Croatia), May 23 (SeeNews) - The European Commission said on Monday that Croatia faces no more macroeconomic imbalances, a positive signal for the Adriatic country which aims to adopt the euro as its currency on January 1, 2023.

“I am pleased to announce that Ireland and Croatia are no longer experiencing imbalances,” Valdis Dombrovskis, Executive Vice President of the European Commission, said in a speech for the news conference on the European Semester 2022 Spring Package published on the EC website.

“An extra word on Croatia, where debt ratios have declined significantly over the years and show a strong downward trend. This sends an important signal ahead of the convergence report that we will present on 1 June,” Dombrovskis added.

Croatia is a member of the European Union since July 1, 2013.