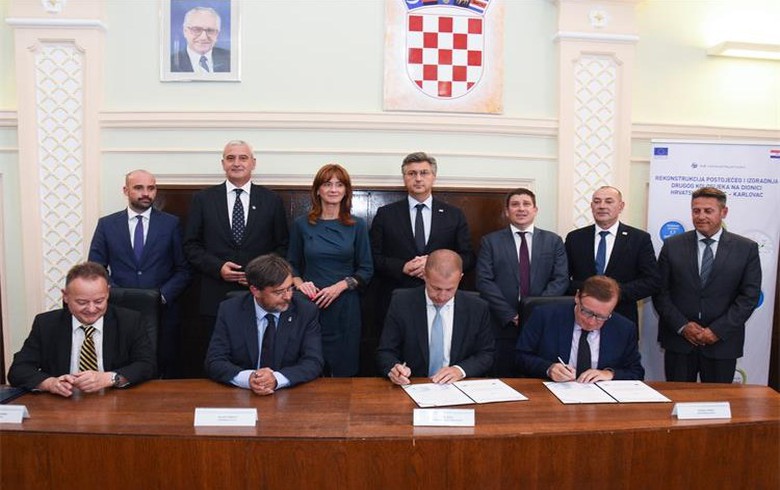 AZD will carry out its deliveries from the position of main contractor and the implementation of the deal will take 30 months, it said in a press release published on it website.

Croatian railway infrastructure operator HZ Infrastruktura said earlier in a press release it signed on July 28 contracts for an upgrade of the Hrvatski Leskovac-Karlovac railway section with AZD Praha and Austrian civil engineering company Strabag, without elaborating the value of the separate deals with each of them.

The railway section is part of the Zagreb-Rijeka railway line.

The overall project for reconstruction of the existing track and construction of a second track of the 44 km railway section is worth 2.721 billion kuna ($371 million/362 million euro), with 85% of cost to be financed from the EU's operational programme Competitiveness and Cohesion 2014-2020, HZ Infrastruktura said earlier.