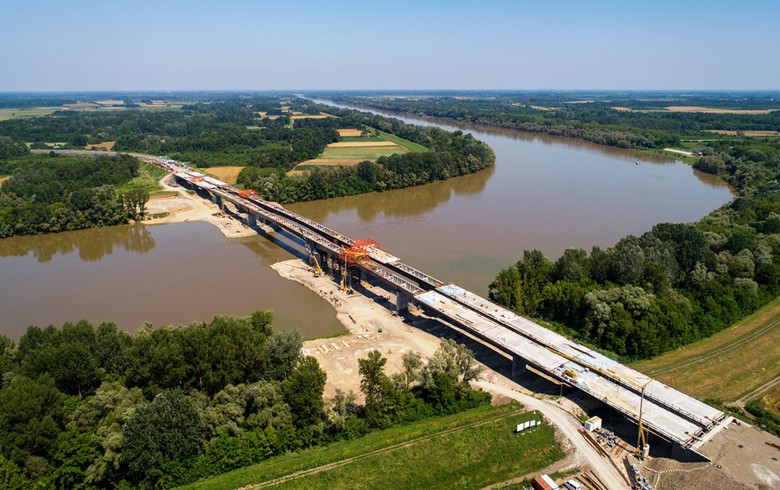 ZAGREB (Croatia), July 17 (SeeNews) - Croatia and Bosnia expect to finish the the construction of the cross-border Svilaj bridge on the Sava river by the end of the year, the Croatian infrastructure ministry said.

The announcement was made on Tuesday when the two governments hired in Zagreb a consortium comprising Bosnia's Integral Inzenjering and Croatia's Djuro Djakovic Montaza and Zagreb Montaza for building a second cross-border bridge on the Sava river, worth 23.5 million euro ($26.4 million) including VAT, near Gradiska in Bosnia, the ministry said in a statement.

The bridge, situated in the Svilaj – Odzak motorway section of the transport corridor, is 640 metres long and 29 metres wide, with three lanes in each direction.

Construction costs amount to 69.2 million euro, VAT included, financed through loans from the European Investment Bank and the European Bank for Reconstruction and Development, a grant by the Western Balkans Investment Framework and Autoceste FBiH's own funds.

Austria's Strabag and Bosnia's Euro Asfalt and ZGP are carrying out the works, while Spain's Aecom Inocsa S.L.U. acts as a consultant.

The Svilaj-Odzak motorway section will connect Bosnia to Croatia once the Svilaj bridge is completed. The construction of the bridge began in September 2016.