Anti-graft party set up in Bulgaria ahead of early elections 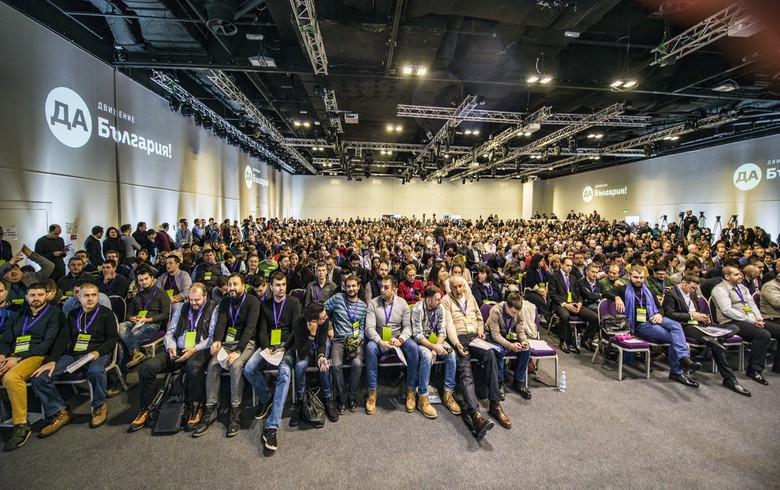 SOFIA (Bulgaria), January 9 (SeeNews) – A new political party – Yes, Bulgaria - which has pledged to fight corruption and boost economic growth was launched in the Southeast European country on Saturday, ahead of early general elections.

The founding meeting elected unanimously former justice minister Hristo Ivanov as leader of Yes, Bulgaria, the party said in a statement on its website. More than 1,200 people registered as co-founders of the party.

Ivanov, who was appointed justice minister in the coalition cabinet led by the centre-right GERB party in November 2014, resigned in December 2015 after parliament rejected amendments to the Constitution aimed at reforming the judiciary.

“We are not declaring a rhetorical war on some abstract corruption and lawlessness, we are not talking about poverty in general.  We are facing a small group of untouchables and their patrons,” Ivanov said in his speech at the founding meeting.

Bulgaria has been repeatedly criticized by the European Union, international financial institutions and non-governmental organisations for its failure to address widespread corruption. Last month only the International Monetary Fund said persistent concerns regarding the rule of law and corruption add to challenges and undermine the business environment in the country.

By fighting corruption and reforming the judiciary, Yes, Bulgaria plans to ultimately add 2% to the current economic growth rate in the EU's poorest member state.

In a recent interview for SeeNews, Ivanov said that to unlock the country’s economic growth potential, state intervention should be drastically reduced in areas where individual economic entrepreneurship should take over, whereas strong state institutions and a competent and efficient administration should produce services which really serve businesses. “What we should start with as a precondition for the reform of any sector is eradicating corruption in decision making and policy making. The key to this, of course, is the judiciary, which is society’s immune system,” he said.

Bulgaria has been in a political deadlock since November when the coalition cabinet led by GERB party resigned following the defeat of GERB’s candidate in the presidential elections.

The country is expected to hold early general elections in April.