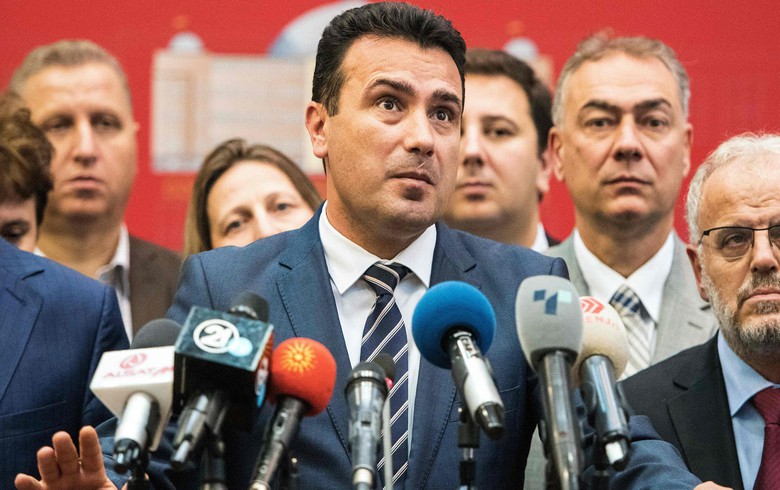 The surprise was palpable. On 31 October, Zoran Zaev announced that he would resign as prime minister and general secretary of the Social Democratic Movement of Macedonia (SDSM). His decision followed the landslide defeat of his party in local elections, where it was only able to win 16 out of 80 mayoralties; a net loss of 41 compared with 2017. The capital, Skopje, was also lost – an outcome to which Zaev had explicitly tethered his political fate.

This marked a reversal of fortunes, as Zaev had formed a coalition in 2017 to oust VMRO-DPMNE after a decade of state capture under Nikola Gruevski. Over the subsequent years, Zaev played a nimble political game, with SDSM unexpectedly securing a landslide victory in the 2017 local elections, before its electoral alliance narrowly emerged as the largest in the national polls that followed in 2020.

Thereafter, Zaev managed to scrape together a ruling majority with the Democratic Union for Integration (DUI) – the old dog of the ethnic Albanian parties – and some micro-partners, but the victory was pyrrhic. SDSM had hoped to co-govern with the opposition upstarts seeking to dismantle the hegemony of DUI, but their vote fell short.

Furthermore, mishaps both domestic and foreign combined to erode support for the Zaev government. On the one hand, efforts to secure the launch of formal negotiations for accession to the European Union – some of which necessitated painful compromises on national identity as defined in the constitution – were quickly shown to be Sisyphean.

After having overcome blockages respectively caused by Greece, France and the Netherlands, political instability in Bulgaria flung a spanner into the works, holding up for one year the unanimity that would be required for North Macedonia to progress.

On the other hand, mismanagement of the covid-19 pandemic and the corresponding levels of unemployment, plus persistent failures to deliver on countering corruption, deepened the malaise felt by voters.

The tide thus turned against SDSM as well as DUI, which lost two key mayoralties to its Albanian competitors, the Alliance of Albanians (AA) and the Besa Movement, the latter of which is part of the ruling coalition.

There is no indication that Zaev’s resignation is part of a plan to “play dead” pending a scenario in which he could return to power. The outgoing prime minister reportedly reached his decision owing to his personal disappointment that his foreign allies – namely, the EU – has thus far failed to deliver on its commitments. Indeed, senior figures in SDSM and DUI lobbied Zaev to remain but were unsuccessful.

Accordingly, there are three scenarios under the current political outlook. The first is that the incumbent ruling majority is reformed under new leadership. It retains its small majority, commanding 62 (out of 120) seats in the National Assembly. The US and EU are lobbying for this outcome, hoping that snap elections in Bulgaria in November could produce a result that would enable the veto by Sofia to be lifted the following month, but this is not a given.

The second scenario is that the ruling majority collapses, with a new government being negotiated. VMRO-DPMNE has formed an opposition alliance with AA and the far-left Levica party, but it does not command a majority. Other parties from the incumbent majority would need to join, which under such a constellation is unlikely. Another option would be a national unity government including VMRO-DPMNE and SDSM, with the cabinet likely peopled with technocrats, but such a scenario would be a short- to medium-term solution ending new elections.

The third scenario is that snap elections are held. These require 120 days to organise, with 100 earmarked for the necessary preparations by a technical government, followed by 20 for campaigning. As such, the earliest elections could be held is February 2022. More likely, any snap vote would be held in the spring.

A key variable influencing the likelihood of these scenarios will be the outcome of the leadership election that must now follow in SDSM. The departure of Zaev has unexpectedly left a vacuum in the party, which was dominated by his rurally-oriented wing at the expense of the urban old guard, which is broadly associated with (but not led by) former prime minister and president Branko Crvenkovski. There are no obvious candidates for succession in either wing.

It is unlikely that any successor will be in a strong position internally, which reduces the probability that the incumbent ruling majority will be able to hold together.

Therefore, following precarious attempts to shore up the ruling majority, it is most likely that new elections will be held in spring 2022. If reforms creating a single electoral district under proportional representation are passed, it would increase the competitiveness of smaller parties at the expense of VMRO-DPMNE and SDSM. However, it would play to the relative advantage of the latter, as it is more politically flexible.

Electoral reforms have been mooted since 2019. Nonetheless, their passage would require a constitutional majority in the National Assembly, which is a remote prospect. At present, VMRO-DPMNE is most likely to emerge as the party with the best prospects at forming a new majority.

A key partner of VMRO-DPMNE would be the Levica party, which under leader Dimitar Apasiev has cultivated a profile that is a hybrid of Marxist statism and Macedonian nationalism. Levica itself has made significant inroads since 2020, including at the local elections, where, despite failing to secure any mayoralties, won some 17% of the vote on municipal councils. It is very unlikely that such a result would be replicated in a national election, but there is considerable scope for Levica to win multiple seats in addition to those it already occupies in the National Assembly.

However, the nationalist profile of VMRO-DPMNE and especially Levica will complicate the inevitable co-option of an Albanian partner. Furthermore, both parties advocate the revision of the Prespa Agreement, which changed the name of the country to North Macedonia. In practice, such a government would unlikely stray beyond bellicose rhetoric, but it would add further complications to the outlook on EU accession, which is already dim.

In other policy areas, any changes are likely to worsen the outlook. VMRO-DPMNE is unlikely to be sufficiently strong to reinstitute state capture, but its institutional record is not positive for the prospects of improving the rule of law nor reducing the high levels of corruption. Economically, policymaking is similarly unlikely to improve, with statism expanding even if VMRO-DPMNE seeks to continue to attract foreign direct investments.

Domestic mismanagement by SDSM and its allies, confounded geopolitical prospects and the absence of a credible opposition have combined to produce a negative outlook for North Macedonia, even if its political class are able to muddle through on lowest common denominators.

Marcus How is the Head of Research & Analysis at ViennEast Consulting, a Vienna-based investment risk advisory specialized in CESEE