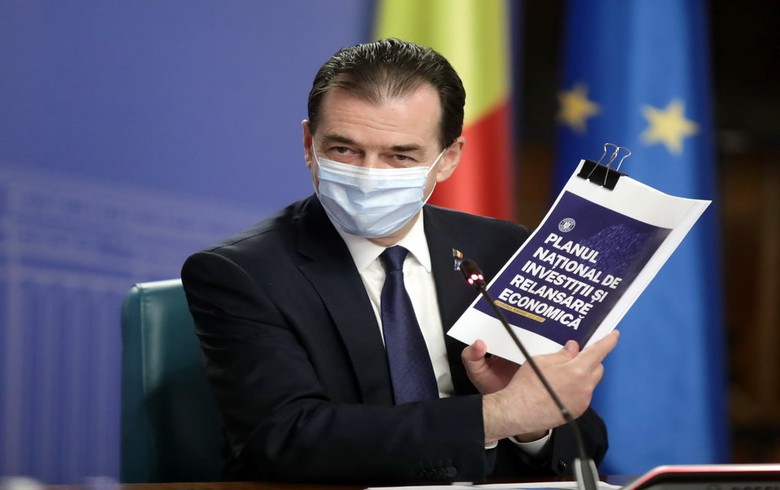 "This plan will change Romania's development strategy regarding modernisation and competitiveness and I am convinced that, through it, we will manage to ensure accelerated development and an economic growth based on sustainable pillars," prime minister Ludovic Orban said in a brief statement ahead of a weekly government meeting broadcast on its website.

The plan envisages spending 1.5 billion lei ($348 million/ 310 million euro) annually until 2023 to attract new investment with a major impact on the economy and investing another 450 million lei per year until 2025 to sustain the creation of jobs.

Further on, it stipulates the allocation of 1.13 billion euro in EU funds to increase SME's competitiveness. Some 330 million euro will go to support entrepreneurs and help SMEs invest in digitization.

The government also aims to support local agriculture and the agri-food industry with a total 410 million euro.

The plan also stipulates the establishment of the Romanian Investment Fund (FRI) for strategic investment, with an initial capital of 300 million euro. Also, the government plans to establish a national development bank, following the model of other development banks in the European Union.

According to the plan, the consumption-based development model sustained by the pro-cyclical policies of the previous governments needs to be replaced by a new model of growth focused primarily on stimulating and developing local capital and keeping Romanian companies competitive.

Romania's consolidated budget was in deficit equivalent to 3.59% of the projected 2020 gross domestic product (GDP) in the first five months of the year, compared to a gap of 1.4% of GDP in the like period of 2019, the finance ministry said on Friday. Almost half of the deficit was due to extra government spending needed to mitigate the impact of the coronavirus pandemic, it added.