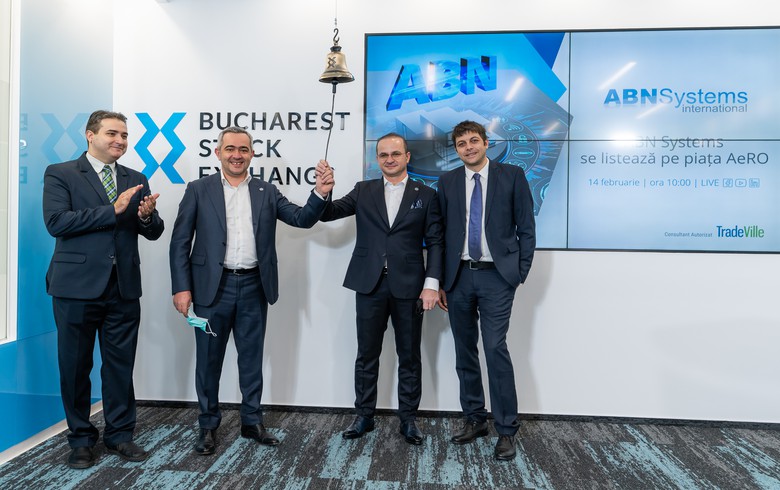 The company's shares are traded under the ABN ticker, the BVB said in a press release.

The listing follows an initial primary public offering carried out on the AeRO market between December 15 - January 4 through which the company attracted 5.5 million lei ($1.26 million/ 1.11 million euro) from investors.

In the first half of 2021, ABN Systems International recorded a net profit of 2.4 million lei, eight times higher than in the same period of 2020, while turnover rose 34% on the year to 50 million lei. Also, sales on foreign markets increased by 114% compared to the same period last year, exceeding 26 million lei. The company had an average number of 70 employees at end-June.