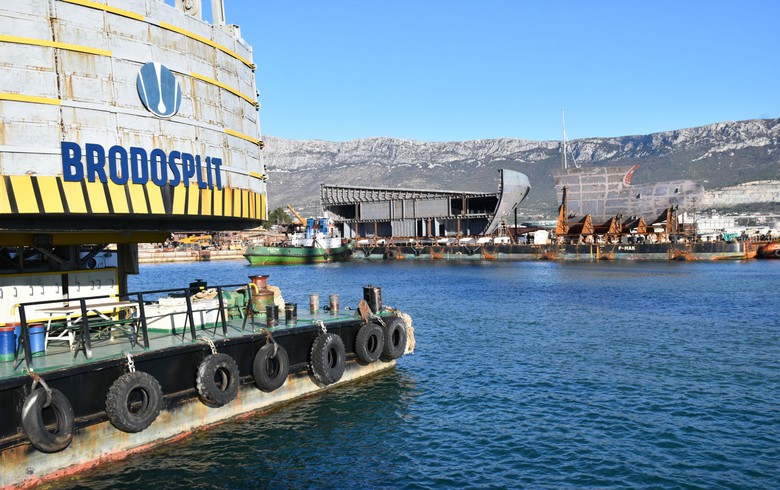 ZAGREB (Croatia), May 23 (SeeNews) - A pre-bankruptcy procedure has started for Croatian shipyard Brodosplit, it said on Monday.

The pre-bankruptcy procedure started by a decision of the Commercial Court in Split on May 20, the head of the company's public relations department Josip Jurisic told SeeNews in an e-mailed statement.

The procedure aims to identify the position of the debtor regarding its creditors, prevent insolvency and maintain the company's shipbuilding business.

According to local media reports, Brodosplit's owner, privately-owned DIV Group, last month also filed for a pre-bankruptcy procedure with Zagreb Commercial Court due to an outstanding debt of 41.7 million kuna ($5.9 million/5.5 million euro), because DIV's bank account was blocked in mid-April after the group provided financial support to Brodosplit.

Due to the sanctions imposed on some Russian banks over the Russian invasion of Ukraine, Brodosplit's access to 60 million euro in financing from VTB Europe, a Russian-owned bank based in Frankfurt, for the construction of two ships, has been blocked.

Brodosplit was unable to withdraw in full a loan from VTB Europe and DIV had to provide Brodosplit with funding instead. Thus, DIV invested 60 million euro of own funds in the two vessels, instead of 30 million euro as planned, exhausting its finances, state-run Croatian news agency HINA quoted DIV as saying last month.