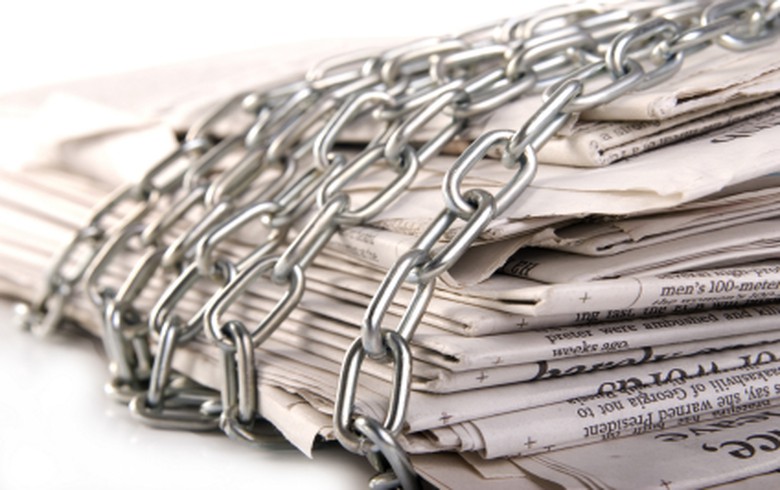 LJUBLJANA (Slovenia), February 14 (SeeNews) – Media freedom across Central and Eastern Europe (CEE), and Southeast Europe (SEE) in particular, has seen a general downturn as efforts to control it increased and concentrartion of media ownership continued, the UN's cultural agency UNESCO said in a recent report.

"The continued concentration of markets and of media ownership especially favoring the state media is accompanied by a trend toward greater oligarchic multi-sectorial ownership of media outlets. Continued self-censorship, partly motivated by economic factors of media viability, forms a key factor of limiting media freedom and independence," UNESCO said in its World Trends on Freedom of Expression and Media Development 2017/2018 report.

"State capture of media and ‘soft censorship’ emerged from various forms of selective media subsidies and the partisan allocation of state advertising accompanied by a general lack of transparency over the allocation, as well as biased application of regulatory and licensing powers. Direct and indirect influence on media output led to market distortion in several countries," the report added.

As an emerging trend, multi-sectorial ownership of media outlets by vested interests in non-related business areas is reported to be limiting pluralism and the democratic functioning of media.

According to the report, cases of non-transparency of media ownership continue despite certain progress made in restricting offshore ownership and implementing stricter transparency regulations. "Meanwhile, non-transparent and even flawed ownership of online media is reported as an emerging trend. Moreover, in certain countries governments deployed obscurely owned media outlets for propaganda and misinformation within and across borders," it noted.

"In sum, vertical integration and concentration in mature markets within the region are accelerating. These and the above reported trends are accompanied by a general lack of ownership transparency laws and of institutional safeguards with regard to pluralism (for example, the monitoring of concentration and regulatory intervention). In addition, there is little transparency on measures to control media concentration, including a lack of availability of regulatory policies and of reports on their implementation, and information gaps about the effectiveness of the enforcement of these measures including sanctions, or of cooperation of media sector regulator with competition authorities," the report stressed.

The report covers the years from the start of 2012 to the start of 2017 and follows a template of four trends: media freedom, media pluralism, media independence and the safety of journalism.

“Conflicts, crises, and accompanying national security concerns, coupled with technological advancements easing and facilitating the control of information flows, have signalled a period of overall deterioration in freedom of the media, particularly in the Commonwealth of Independent States (CIS) and the South-East Europe (SEE) sub-regions, but also apparent in European Union (EU) member countries within the region,” the report added.

The report noted that all regional key trends reflect an overall deterioration of press freedom and reduced respect for media freedom, evidenced in part by the increased use of criminal defamation and insult laws in all sub-regions.

“The safety of journalists has remained stagnant with regard to the number of journalist killings in the region, but rates of impunity have increased. Women journalists are increasingly subjected to online digital attacks, threats, harassment and smear campaigns,” the report said, adding that while some positive developments have occurred throughout the region regarding media freedom, pluralism and independence, these are commonly offset by other negative factors in a paradoxical manner.

Balkan states have put measures in place to address impunity, the report noted, adding that in 2013, the government of Serbia established a commission for investigating the killings of journalists, which reopened cases of journalists killed in the previous two decades, leading to new charges against several suspects. Montenegro set up a similar commission under the ministry of interior in 2013.

According to the report, journalists’ work has frequently been limited due to national security concerns, particularly in efforts to counter terrorism and violent extremism.

“Restrictions with regard to hate speech re-entered the regional agenda with the arrival of refugees, migrants and other asylum seekers,” the statement noted, adding that the emerging and intensified manifestation of racism, xenophobia and intolerance in public discourse was evidenced with special regard to those countries directly affected by migration flows.