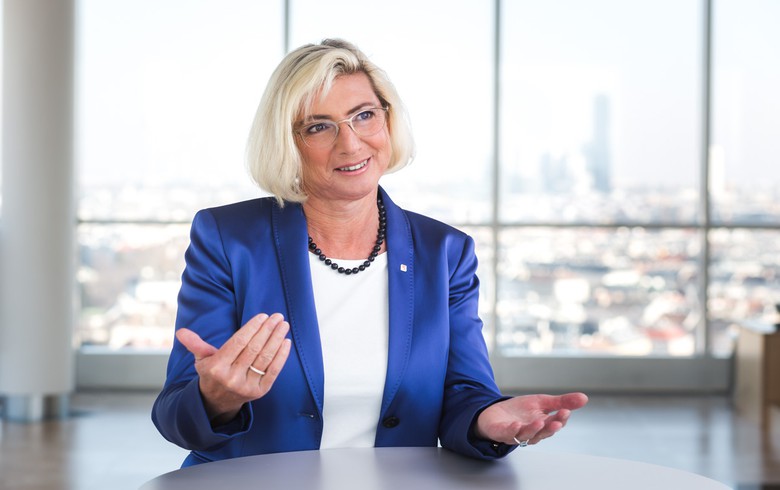 "The insurance density in SEE on average is only a tenth of that in Austria. We still see lots of growth potential in all insurance segments in the coming years," Stadler said in a recent interview.

The coverage for material goods that people buy, such as cars, houses and apartments, is still a priority at the momentin, but in the region's higher developed economies retirement planning by means of life insurance and health insurance is becoming increasingly important in Stadler's view.

VIG is currently a market leader in Bulgaria, North Macedonia and Romania, and is among the top five players in almost all the other SEE markets.

In 1990, when VIG started its expansion in CEE and SEE, the group comprised three companies in Austria and generated some 1 billion euro ($1.1 billion) in premiums. In 2020, VIG operates around 50 group companies gaining premiums of close to 10 billion euro.

Currently, the group generates around 56% of its premiums and 60% of its profit in Central and Eastern Europe, and is committed to keeping its presence in the region.

"We still see high potential to grow in SEE, but I have to point out that we enter markets to stay there, regardless of whether the economy is booming or not. We therefore invest sustainably and make a valuable contribution to the positive development of the insurance markets in which we operate," Stadler said.

Romania’s economic output has nearly tripled since VIG entered the market in 2001, while in Croatia and Bulgaria the economy has doubled since the group launched operations there in 1999 and 2002, respectively.

With increasing cost pressure stemming from the higher level of mandatory regulations, such as the Solvency II Directive, consolidation in the region seems likely continue.

"Some companies did not reach a market position and critical parameter to be profitable in the long run. And the increasing cost pressure caused by an increasing level of mandatory regulations, for example Solvency II is another challenge," she noted. "You have to fulfil strict and comprehensive rules of equity base. So for small companies it is easier to reach this financial standards by consolidation with a financial strong partner."

VIG itself is looking at several options for potential acquisitions each year, seeking to complement the organic growth of its profitability, Stadler noted.

VIG is also focusing on digitalisation, with investments of some 50 million euro per year and around 180 running digitalisation projects currently.

"I still see the digital transformation as a priority in the industry. In my view, it is the trend with the most comprehensive impact on society and economy, alongside climate change," Stadler opined.